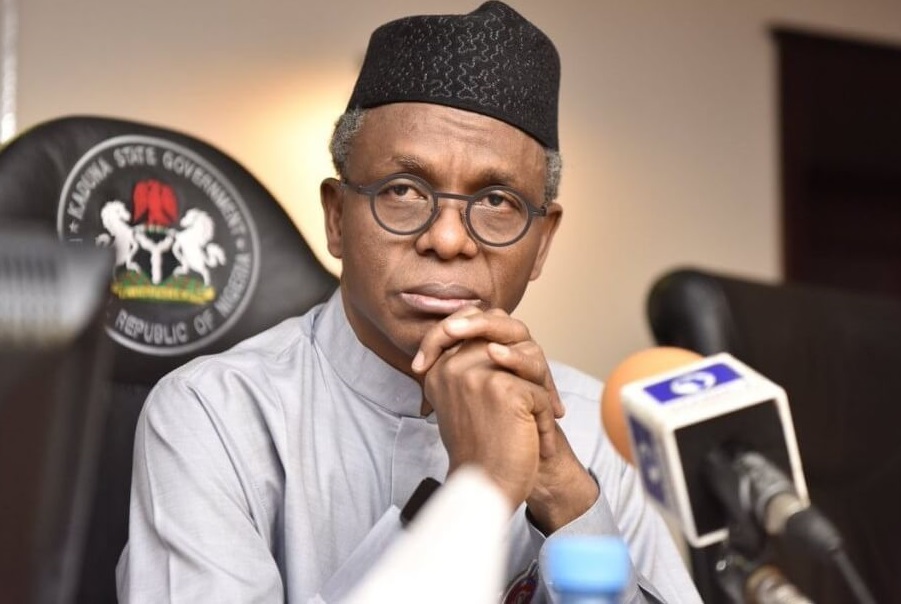 Gov. Nasir El Rufai of Kaduna State on Tuesday presented the 2023 draft budget of N370 billion to the State House of Assembly.

The estimates conform with his administration’s 60:40 ratio of capital to recurrent expenditure.

It is the eighth and final budget of El-Rufai’s tenure which ends in May 2023.

El-Rufai said that N242.21 billion was for capital expenditure and N127.7 billion as recurrent expenses.

“The capital to recurrent ratio of 65.5% to 34.48% reflects our consistent commitment to investment over consumption,” he added.

The governor further said that the 2023 estimates maintained the government focus on human capital development, adding that “our proposal allocates 45.34% of the budget to Education and Health.”

According to him, the allocations of 29% to the Education sector and 16.05% to Health leave no doubt about our abiding commitment to human capital development.”

He added that the budget estimates had provisions for pro-poor interventions in nutrition, health care, skills acquisition and empowerment funds for women, youths, and vulnerable groups.

“Along with provisions for the Social Investment Programme, these pro-poor interventions are costed at N11.32 billion, representing about 3% of the proposed budget size,” he added.

The governor explained that the proposed budget estimates assume that crude oil prices will stabilise around USD70 per barrel and that the official exchange rate will be around N435.57 to the dollar.

According to him, “uncertainties persist in the global economy. Promising signs of a sustained recovery from COVID-19 have been replaced by fears of inflation and recession in the major economies.

“This economic climate may affect demand for Nigeria’s main export, petroleum, with consequences for the exchange rate, prices and general economic performance.”

El Rufai told the legislators that the 2023 budget concludes eight years of determined efforts of his administration to make lives better by putting people first.

“We have implemented empowerment policies, respecting people enough to free them from dependence on those who insert themselves between the treasury and the people.

“We have reformed government, while celebrating what was good in the past, honouring people and completing inherited projects.

“We have done our best amidst the continuum that disciplined governance should be,” he added.

While thanking the House of Assembly for its cooperation, the governor however, noted that the journey has had smooth phases as well as rough junctions.

According to him, their relationship “has been sustained in sadness and joy by faith and our commitment to our sacred oath to do our best for the people of Kaduna State.

“We have sent many executive bills over the last seven years, and this House has commendably discharged its duty of enacting vital legislations.”

The governor, who noted that this was his last budget presentation, registered “the gratitude of the government for the 140 laws so far enacted by this House.

“We are proud of our record of governance. We have charted a new path forward.

“We will be leaving it to our successors to further extend, build on and expand our efforts to deliver progressive outcomes for our people.

“The roadmap is clear, anchored on the State Development Plan and a relentless focus on robust policies and capacity to implement through an efficient public service,” he added.

El Rufai said that his administration has “made Kaduna state better, giving our successors a strong base from which to carry the baton further to achieve more for our people.”