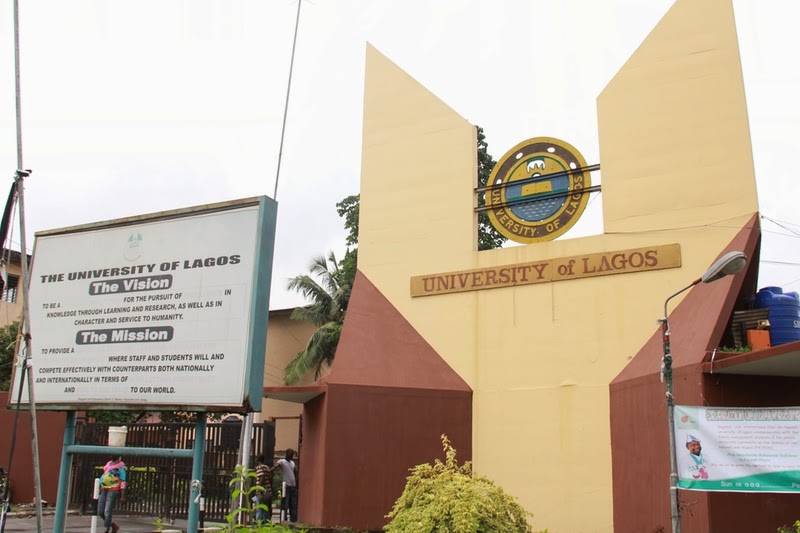 The Vice Chancellor, University of Lagos, Prof. Oluwtoyin Ogundipe, says the institution’s collaboration with the Nigerian Army, in the production of well-trained nurses, will improve quality healthcare delivery.

Ogundipe said this on the sidelines of the signing of a Memorandum of Understanding (MoU) with the Acting Commandant, Nigerian Army Medical Corps, Col. Idris Babatunde Solebo, on Tuesday in Lagos.

“I want to say I feel very excited with this partnership. What is happening here today is an agreement between the University of Lagos and the Nigerian Army, on the training of students coming in for their degree programme in Nursing.

“The Nigerian Army College of Nursing is well established. Already on our side, we are running a degree programme here in Unilag, accredited by the National Universities Commission (NUC), so, having them come on board now, is very well exciting.

“It will be done in such a way that, maybe by next year, they will, with our collaboration, be admitting students to do BSc in Nursing.

“What we have to do now is to go through the normal process by writing the NUC to let them know about this collaboration with the Nigerian Army and will want to be admitting students for their degree programme in Nursing from next year.

“I am sure that by then, we will be able to run it through. The programme is going to be for the normal duration of four years,” he said.

According to him, the entire development is not about Unilag or the Nigerian Army, but all about the country.

“Let me acknowledge the consistency of the Nigerian Army on this and the interest they have shown on it.

“This journey started about two years ago and I will like to say that this collaboration cannot be coming at a better time.

“This is because very soon, we will be commissioning our state-of-the-art International Students hostel and I am of a high optimism that it will open more opportunity for students from West Africa, Africa as a whole and beyond the continent, that would want to be part of the programme.

“The hostel is a further assurance for this collaboration to excel. It is still work in progress, but I am sure that in the next three months, it will be commissioned.

“The four-year nursing programme is not going to be a part time programme for now, but we can migrate later to online programme, but definitely not now,” he stated.

On his part, the Acting Commandant, Nigerian Army Medical Corps, Col.Idris Babatunde Solebo, described the development as a dream come true and a step in the right direction.

“This collaboration means everything to us. Nursing care is critical to healthcare delivery, especially in the Nigerian Armed Forces and especially the Nigerian Army, whereby, while protecting the territorial intergrity of our nation, one could get injured.

“Such injury would require the expertise of well-trained medical personnel, such as doctors, nurses and others, and that means reaching out for nothing short of the best.

“For us to get such quality personnel therefore, it is only necessary that we look for the right platform, get the best hands and what this also means is to get the best quality, and the University of Lagos which happens to be one of the best universities in the country now, comes handy.

“It is therefore as a result of this that the Nigerian Army College of Nursing is having this affiliation with the institution to offer degree programme in nursing.

“It will be done in a situation whereby the academic and the practical aspects would come from both the Unilag and the Nigerian Army College of Nursing respectively.

“They will come together, train and produce the best nurses in the county,” he stated.

He said this would automatically improve the healthcare delivery in the Nigerian Army and by extension, the Armed Forces, and the country in general.

“It is going to be a win-win situation for us the Nigerian Army and the country in general.

“And for us, it means automatically improving the healthcare delivery in the Nigerian Army and by extension, the armed forces and the country at large, because the Nigerian Army College of Nursing, as part of its corporate social responsibility, also trains civilian nurses.

“In the college of nursing too, the students are admitted through the Joint Admissions and Matriculation Board (JAMB).

“We have close to 50 per cent population of civilians, like I mentioned before. We will not stop that with this collaboration either, I think it might even expand.

“That is why I mentioned that we are helping the country in providing the best nurses,” he said.

Solebo said that it had the capacity to admit more for the purpose, especially with the ongoing provision of infrastructure and other facilities.

“At the moment, we have a building of a new four-storey building for the Nigerian Army College of Nursing, fully fitted with all modern equipment.

“This should be completed by the end of the year. That automatically increases the number of nursing students we can accommodate,” he said.

According to him, the hostels have a standby generator, so the students can read all day and night, with classes that have electronic boards, facility for electronic library, among others.

“Just within last two weeks, the Chief of Army staff approved money for training aids and Physics, Chemistry laboratories as stipulated by Unilag.

“We also have approval for the purchase of thousands and thousands of modern books for our college.

“So, we are ready. Like I said, healthcare delivery is one of the pivotal areas of the Chief of Army Staff, apart from education,” he said.

“So now, with a collaboration like this we are sure it will increase. You know, we also collaborate with the Nursing and Midwifery Council and so once the building is completed, the numbers will increase, but we will not go beyond our carrying capacity,” Solebo assured.