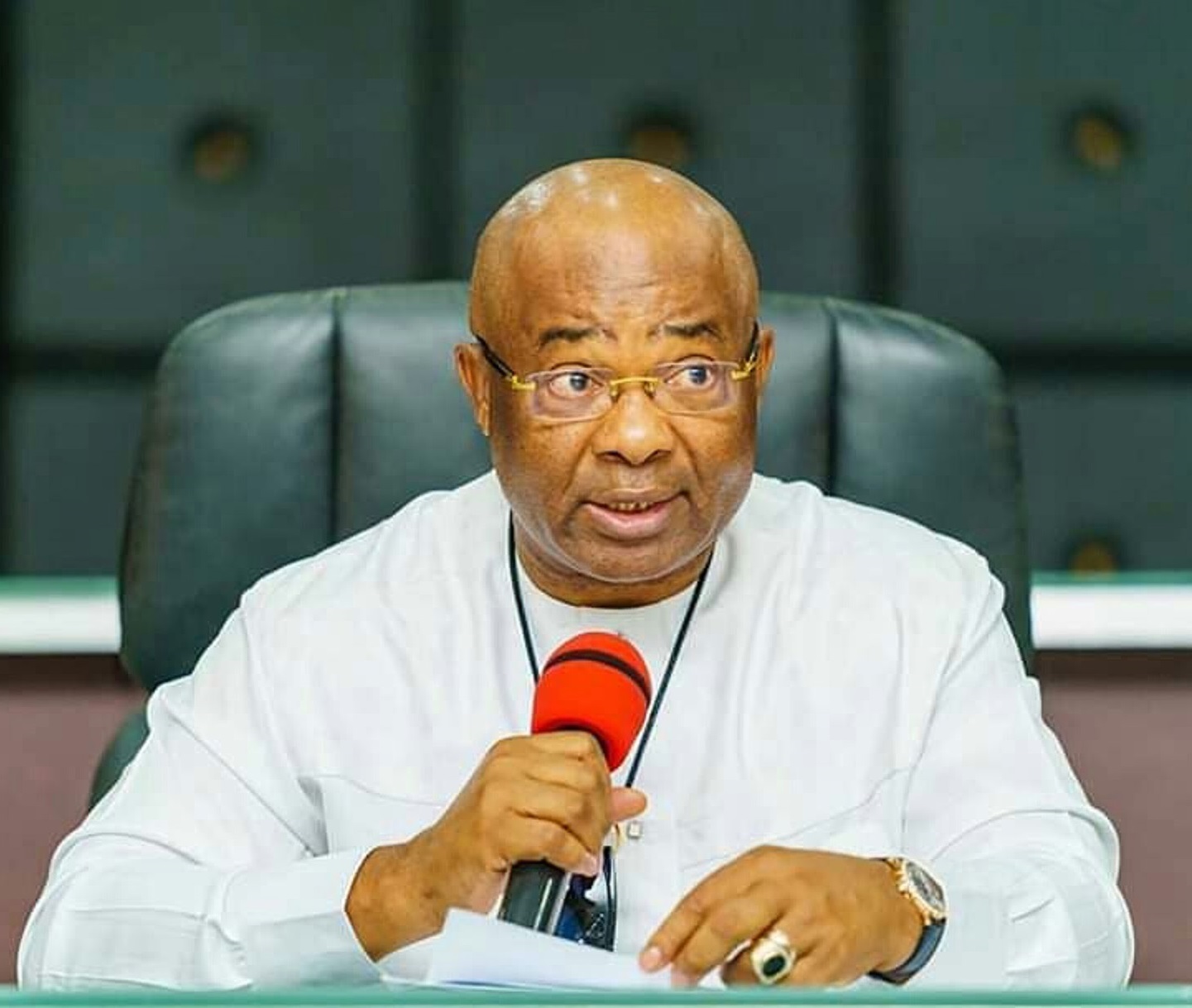 Gov. Hope Uzodimma of Imo has unveiled the state’s digital economic agenda for the years 2022 to 2026 to capture all communities in the state in an organised economic net.

Uzodimma, who launched the agenda in Owerri on Monday, said that it was anchored on six strategic pillars aimed at harmonizing digitalization plans for the state’s economy.

Uzodimma, who was represented by the state Commissioner for Digital Economy and E-Government, Mr Chimezie Amadi, said that the implementation of the agenda would lay the foundation for digitalization of state Government’s institutions.

He said the policy document was formulated to harness ICT potential, provide new solutions to developmental challenges and foster economic growth and competitiveness.

He added that it would enhance access to information and knowledge, poverty eradication and social inclusion.

“The agenda will foster strategic partnership with the tech ecosystem, facilitate broadband penetration across towns and villages to enable fast pace-based social economic growth in the State.

“Imo is the first State to establish a Ministry of Digital-Economy and E-Government with the sole objective of supporting the Federal Government’s policy trust of diversifying the economy through the deployment of digital technology,” he said.

He added that the full implementation of the Imo Digital Economy Agenda (IDEA) 2022-2026 would position Imo as the Digital Skills Hub in Africa.

He also said that it would help build smart cities that leverage digital technologies to drive governance, innovation and entrepreneurship while promoting value creation and prosperity for all.

He also said that it would position Imo as Africa’s highest supplier of market-entry and high level digital skills with sustained digital literacy and skills programmes to create opportunities for Imo Digital Status to solve local and global challenges.

According to him, the agenda would create an enabling environment that would spur ground breaking innovative solutions for local and global challenges leveraging emerging technologies as well as enhance creative thinking and complex problems solving skills.

“Other expected outcomes will include, but not limited to, providing an enabling environment for the public and private sectors, civil societies and development partners participation in training five million Nigerians including Imo people in technology skills which will snowball into the creation of a Digital Skills Database to identify a digitally literate Nigerians and their levels of competence.

“The programme also targets the 27 local government areas (LGAs) of Imo State aimed at capturing those in the rural areas, villages and communities because the greater number of the population are domiciled in those areas.

“It will provide and organize programmes for the kids in what is called ‘catch them young’, using learning tools that will make them feel interested.

“The sole objective of this is meeting their needs so that by the end of the digital programme they will be useful to themselves, the economy of the State and the world at large,” he said.

Oyebanji says he has committed Ekiti to God’s hands