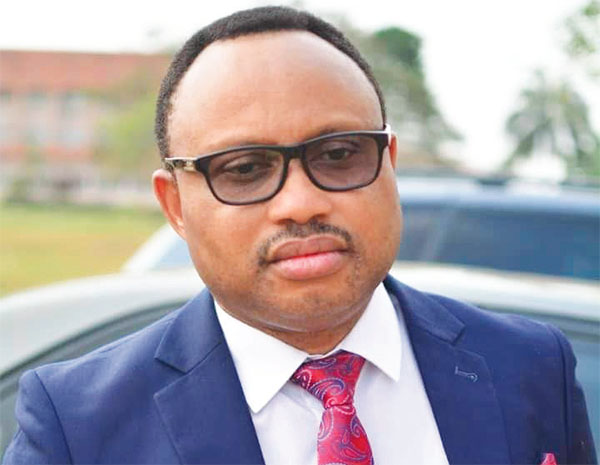 More than one-third of the land mass in Anambra has been devastated by flood which has also taken 17 lives as at Tuesday.

The floods have also caused the collapse of infrastructure, public and private buildings and means of livelihoods of residents, the deputy governor, Dr Onyekachi Ibezim, said on Wednesday.

He was addressing officials of the National Emergency Management Agency (NEMA) who brought relief materials to the state in Awka.

Ibezim said the “devastating flood’ hit seven of the 21 Local Government Areas of the state.

“The situation is too strenuous for us to handle all alone; we provide three metals daily for victims in displaced peoples’ camps.

“Officials of relevant ministries and agencies are deployed to ensure the welfare of the victims in those camps,” he said.

“We need more help from both government and good-spirited individuals to handle the challenge,” he stressed.

In his remarks, NEMA’s Director-General, Alhaji Mustapha Ahmed, said the 2022 floods hit 450 of the 774 local government areas of the country and the FCT.

“The 2022 Annual Flood Outlook forecasted that 233 local government areas in 32 states and the FCT would be at sizeable risk.

“It stated also that 212 council areas in 35 states and the FCT were within moderately probable flood risks.

“Already, NEMA is inundated with reports of flood in more than 450 council areas in 36 states and the FCT and it is still counting, causing loss of lives, livelihoods, properties and infrastructures,’’ he noted.

Ahmed said the development should spur the country to concrete and deliberate action to check future disasters.

He added that there was the need for the people to take full advantage of early warning alerts from hydro-meteorological services agencies to reduce the impact, especially the loss of lives.

He said the Federal Government could not compensate the traumatic experiences of the victims but must help to alleviate their sufferings with the relief materials.

“To ameliorate the sufferings of affected persons, the Federal Government approved the delivery of 105 tonnes of maize and 88.7 tonnes of sorghum.

Ahmed was represented at the presentation of the relief materials by Mr Thickman Tanimu, Coordinator, NEMA South-East Zonal Office, Enugu

“As at Wednesday, 28 holding centres have been activated to receive displaced victims. Already, there are 28,280 persons in those centres.

“The flood has also affected 60 per cent of the state’s land mass, and has been worse than experienced in 2012,” Odenigbo said.

MEC unveils registration for JIFORM summit in US