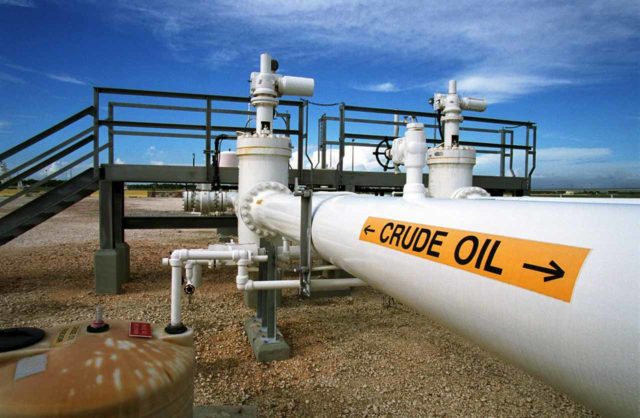 Some financial analysts have urged the Federal Government to raise the nation’s oil production to OPEC quota, as panacea to ensure fiscal sustainability and reduce the proposed budget deficit.

They made the appeal in separate interviews with the News Agency of Nigeria (NAN) on Wednesday in Lagos.

According to him, this will help to shore up government revenues.

“Ensuring to meet OPEC benchmark in a business-friendly climate is germane in enhancing government fiscal revenues and effectively implementing the proposed budget.

“The rising budget deficit and the unending need to borrow to execute the proposed budget will be ameliorated,” Tella said.

He noted that the federal government could cut down the increasing high cost of government to reflect the current economic times.

“The government revenues has been on a decline, and the public expects the political class to replicate that by reducing its allowances on travels in the budget.

“Even issues relating to the allocation of funds for constituency projects should be reduced because often times it’s a duplication of federal projects or abandoned,” Tella said.

Okurounmu said the government could be more innovative in implementing some of the component of the proposed budget.

“The authorities could adopt more private sector initiatives in fixing the capital component of the budget.

“Which deals with infrastructural renewals and developmental issues in our society,” he added.

Okurounmu noted that the federal government could also optimise the enormous prospects in the mining sector to deal with the headwinds associated with the budget.

Meanwhile, a former Director of the National Association of Small and Medium Enterprise (NASME), Mr Nerus Ekezie, said the federal government could initiate policies aimed at enhancing the SME’s sector in the proposed budget.

“Such initiatives could be in form of more interventions to the SMEs sector, devoured of partisanship, to have the necessary impact.

“Enhancing the sector and providing critical infrastructure is key to ensure they contribute adequately to the economy and governmental revenues through taxes,” he said.

He noted that the budget needs to accord the SME sector the right of place, saying, “it is instrumental to the growth and development of any emerging society”.

NAN reports that President Muhammadu Buhari has presented the “2023 Budget of Fiscal Consolidation and Transition” to the joint session of the National Assembly.

Buhariproposed N20.51 trillion for the year with an oil benchmark fixed at $70 per barrel.

The lawmakers had fixed it at $73 per barrel in the Medium Term Expenditure Framework (MTEF), which they passed.

Other parameters include; daily oil production estimate of 1.69 million barrels which is inclusive of Condensates of 300,000 to 400,000 barrels per day.