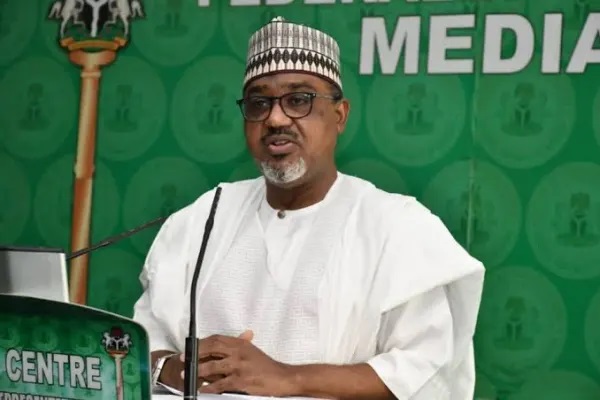 The Federal Ministry of Works and Housing (FMWH) on Thursday inspected the resumed palliative work on the Abuja-Kaduna high way and other roads within the area, to ensure speedy completion and easy commuting.

The Minister of State, Works and Housing, Mr. Umar El-Yakub, during the inspection from Abuja to Kaduna (Section one), said major works on the highway would soon continue, to reduce the negative effects on motorists and other road users.

El-Yakub, who debunked the speculations that the project was abandoned, noted that the work was only suspended due to security challenges on the expressway, adding that the contractors only mobilised their resources to zone two and three, for security reasons.

He said the work was stopped by the contractor in March, attributing it to the Abuja-Kaduna bound train attack which heightened the tension and the contractors who thought it was unsafe for them to continue the work on the section.

“They mobilised and relocated their resources to section two axis where we have seen the level of work being done.

He said dangerous potholes evolved on the section because the contractors were not working on section one, while the rainy season also compounded the road situation.

“The palliative work could not have been done effectively like the way we are seeing now because of the heavy traffic and of course the weather issue,” he said.

El-Yakub noted that major work would soon continue on the Abuja-Kaduna high way, considering that the Federal Government had put the situation under control.

“President Muhammadu Buhari has given directives and mobilised resources towards the successful completion of the project before the third quarter of next year.

“We are still optimistic that the section two and three will hopefully be completed between now and the first quarter of next year for commissioning; this section (Abuja-Kaduna) will, however, take longer than that for obvious reasons.”

He further said the patched areas were the most critical areas, noting that the palliative work would continue throughout the length of the road.

He lamented that out of the 48 Kilometres of the Eastern Kaduna Bye-pass, only 16 Kilometres were achieved since 2002 when it was awarded, until 2018.

“Between 2018 to date, about 30 Kilometres have been achieved, doubling the previous, because of Buhari’s administration’s commitment in ensuring that such kinds of projects were funded and completed for the benefit of Nigerians,”he said.

He, however, stressed some of the challenges faced by the contractors, noting that they would be given maximum attention to ensure speedy completion of the road.

“We are also going to Kano to inspect section three ( Zaria-Kano) to also ensure that the report we have at the ministry is the reality,” El-Yakub said.

He disclosed that the cost estimate of the project was increased to about N797 billion due to other expenses added in 2021.

He appealed to Nigerians to be patient, stressing that the government was doing its best to deliver the project for their overall benefit.

He assured Nigerians of their committment to ensure that all the ongoing projects, the new ones and those inherited would be completed in shortest possible time.

“Some will certainly be delivered and commissioned before the year ends, others in first quarter of next year while others after next year.

This is because government is supposed to be continuous, especially on areas that touch positively on citizens life.

Also during the inspection, the Acting Controller of Works at the FCT, Mr Usman Yakubu, said Julius Berger, the project handlers, were committed to delivering quality and durable project.

Also, Mr Finbarr Zirra, the Federal Controller of Works in Kaduna, said in spite of challenges, they were able to record remarkable achievements, especially on the Eastern bye-pass which was awarded 20 years ago.

“The good thing is that we have achieved in four years almost twice what was done in 16 years; the pace at which the contractors move despite the security challenges, is commendable,” Zirra said.

He said with the level of progress achieved on the Kaduna Eastern bye-pass, when finally completed, even without the pavements, commuters would appreciate and use it, which would drastically reduce gridlock within the city routes.

He thanked the minister for the support, while seeking more interventions in terms of security and others, to ensure timely completion of the project.