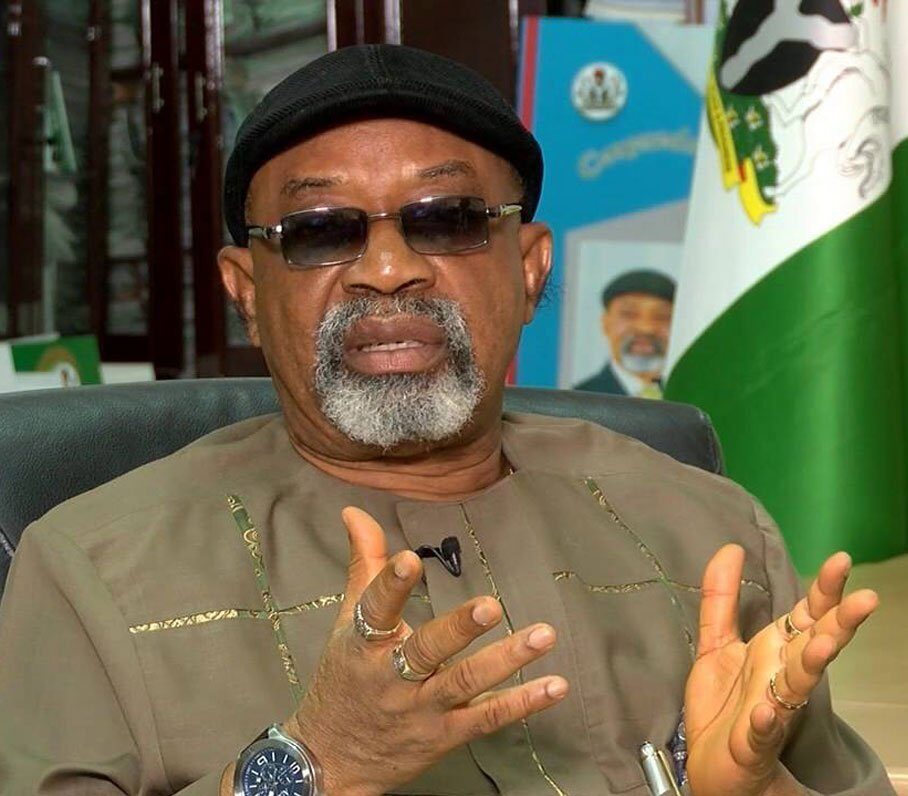 The Federal Government says it is committed to creating an enabling environment for the creation of 21 million full time jobs and lift 35 million people out of poverty by 2025.

Sen. Chris Ngige, Minister of Labour and Employment said this during an Inter-Ministerial Training Workshop on Boosting Job Creation on Friday in Abuja.

This is contained in a statement signed by Mr Olajide Oshundun, Head, Press and Public Relations in the ministry.

He was represented by Mrs Gloria Ogifo, Director of Labour, Employment and Wages Department.

According to Oshundun, this is in line with the National Development Plan of the Federal Government.

He said that the three tiers of government, high net-worth individuals and corporate organisations have been giving serious attention to job creation,

Oshundun qouted Ngige as saying, “as such, they had taken necessary actions needed to create decent jobs for the Nigerian workforce.”

The minister said that the high rate of unemployment in the country could no longer be ignored.

He said the issue of unemployment was a major contributing factor to the increased insurgencies, agitations and other criminal activities manifesting in different parts of the country.

Ngige said that the state of the economy would not stop governments’ programmes for job creation.

He said: “The ministry, in collaboration with its social partners and relevant stakeholders, had taken immediate and more proactive approaches to creating jobs, empowering the youths, and increasing productivity.”

Ngige hoped that the workshop would help to navigate the paths for responsive actions that would bring about job creation.

According to him, “such responsive actions that would stimulate sustainable job creation include encouraging entrepreneurship orientation from the primary level, to inculcate the culture of self-employment amongst the pupils at the early stage.

“Others are providing credit facilities at low interest rates which would encourage youths to engage in agricultural entrepreneurship, as well as Improving mechanical agricultural systems.”

Also, Mrs Matilda Megwa, Senior Special Adviser to the President on Employment and Job creation, said that the objectives and outcome of the training workshop was critical.

Megwa said that as a review of the National Employment Policy had identified loopholes in the employment processes across all sectors.

She said that the training was aimed at tackling causes, collecting relevant data and proffering solutions to unemployment.

Megwa urged all social partners and relevant stakeholders to make themselves available all through the processes and procedures of implementing the National Development Plan.

Phala said: “ILO was pleased to be collaborating with the ministry to promote an enabling environment for the promotion of quality job creation through the implementation of the National Employment Policy.

“The workshop would avail stakeholders the opportunity to present and review their programmes aimed at employment creation, identify synergies and seek alignment with existing policies and plans.”