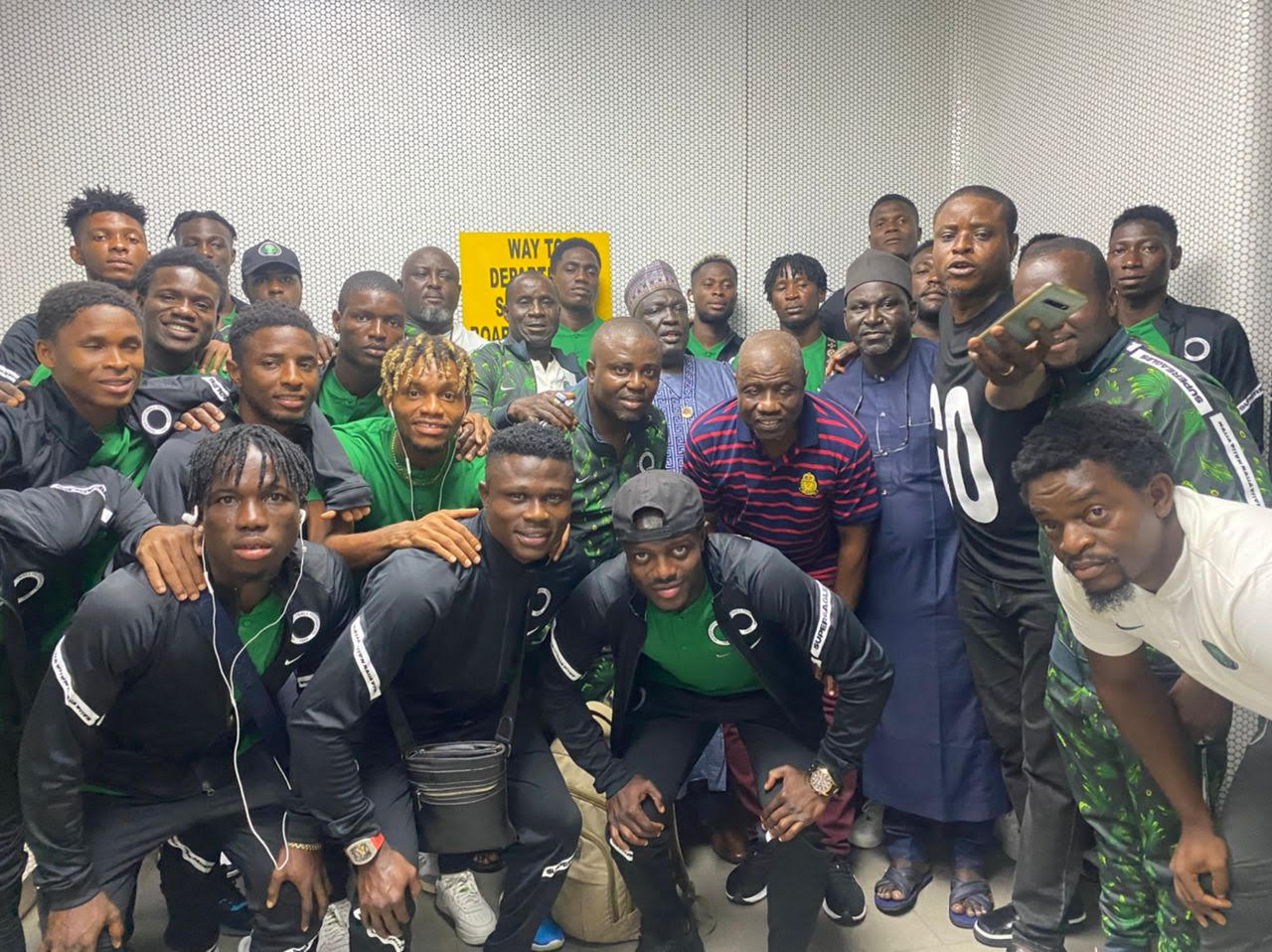 Our correspondent reports that the Olympic Eagles take on Tanzania in the first leg of their U-23 Africa Cup of Nations (AFCON) qualifying fixture in Dar es Salaam on Saturday.

A statement by Ademola Olajire, the NFF Director of Communications on Thursday, said Kurfi pledged 20,000 dollars for the team as reward for beating Tanzania in the first leg.

“Kurfi made the pledge at Murtala Mohammed International Airport, Lagos while speaking with the team on Thursday evening shortly before the team’s departure to Tanzania aboard a Kenyan Airways flight.

“The Katsina State-born football administrator charged the Olympic Eagles to make Nigerians proud by ensuring they beat their Tanzanian counterparts on Saturday.

“Kurfi also conveyed the goodwill messages of Youth and Sports Minister, Sunday Dare and NFF President, Ibrahim Gusau, to the team while assuring them that Nigerians were fully supporting them to come out victorious,” it said.

Olajire also said Head Coach, Salisu Yusuf, thanked the Katsina State FA Chairman for prioritising the team and assured that the team would give its best in the showdown with Tanzania.

Team captain Success Makanjuola was also reported as saying that the players were highly motivated and prepared to go all out to secure victory on Saturday.

Our correspondent also reports that the return leg is scheduled to be played in Ibadan on Oct. 29.

Victory on aggregate will take the Olympic Eagles to the next round of the qualifiers, which final tournament has been scheduled for the Kingdom of Morocco from Nov. 2 to Nov. 26, 2023.