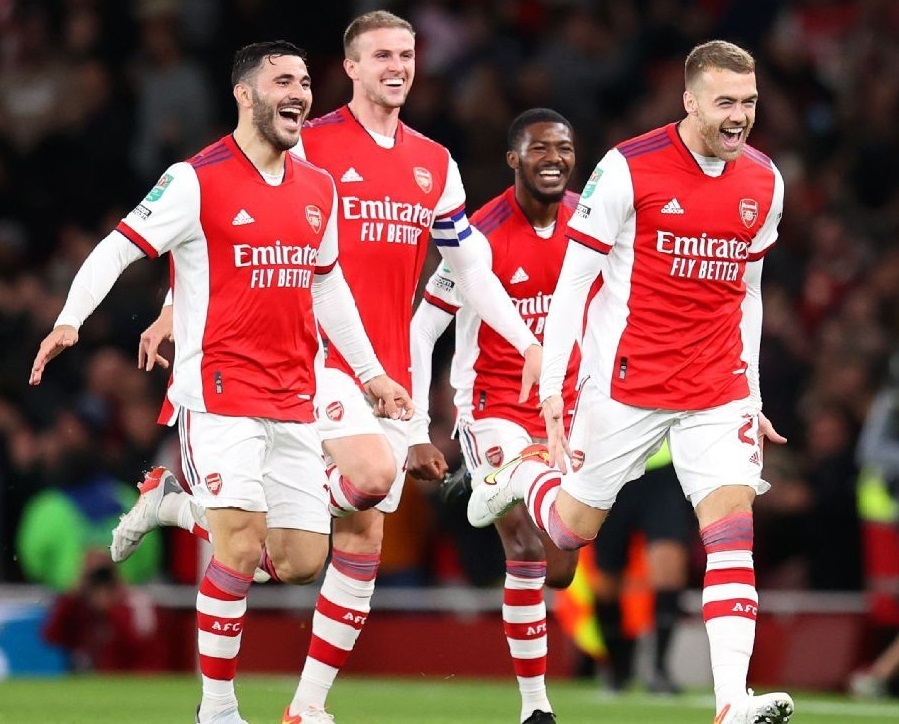 Arsenal secured their spot in the Europa League knockout stage with two games to spare after beating PSV Eindhoven 1-0 at the Emirates Stadium on Thursday.

After struggling to make their dominance count for much of the encounter, midfielder Granit Xhaka smashed a first-time shot home in the 71st minute to make it four wins from four games for Mikel Arteta’s side.

Arsenal are now guaranteed to finish in the top two of Group A and are five points clear of second-place PSV ahead of the return fixture in Eindhoven in a week’s time.

A draw in that match will be enough for Arsenal to clinch top spot in the group and go straight into the competition’s last 16.

Teams that finish second in their group will face a playoff against a side that drops out of the Champions League.

Thursday’s match had been originally scheduled for Sept. 15 but was postponed due to a lack of available police in London during a period of national mourning following the death of Queen Elizabeth II.

But the delay did nothing to halt the momentum of an Arsenal team that have made a sensational start to the season to top the English Premier League table.

Arsenal were in the ascendency for much of the first half, though failed to seriously trouble the PSV goal.

Gabriel Jesus, looking for his first Europa League goal, was lively but dragged an effort wide from 20 yards and then just failed to get his head on the end of a Gabriel flick-on from a corner.

Jesus was again heavily involved at the start of the second half, first creating a half-chance for himself before teeing up Bukayo Saka for the clearest opening yet for the hosts.

Jesus sent Saka clean through on goal with an inch-perfect through ball but the England winger’s tame effort was denied by the feet of PSV goalkeeper Walter Benitez.

But the momentum was only heading one way and it was no surprise when an Arsenal goal finally arrived with 19 minutes remaining.

Takehiro Tomiyasu delivered the assist with a chipped cut back from the right and Xhaka, evidently full of confidence, swept the ball in on his weaker right foot.