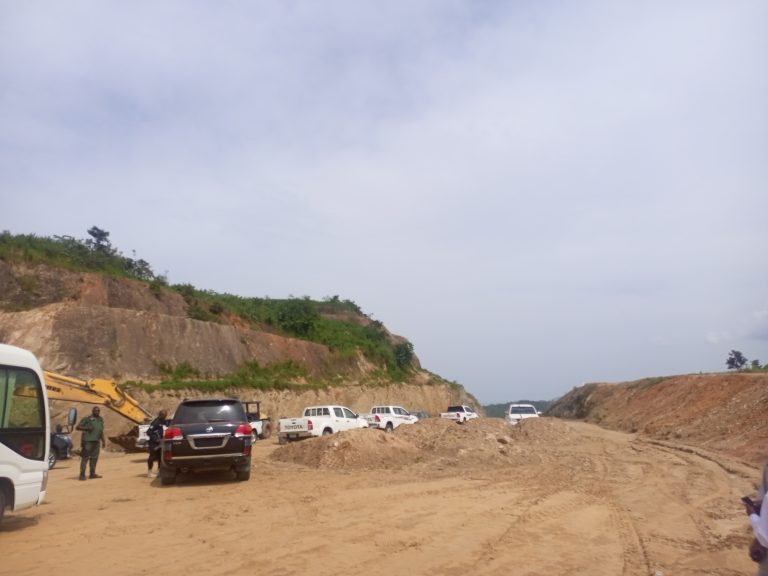 The Senate Committee on the Federal Capital Territory (FCT) has frowned at the slow pace of work on the Karshi-Ara-Apo Road which was awarded in 2011 to an indigenous company, Katar Civil Engineering Limited.

Sen. Smart Adeyemi, the Chairman of the Committee, said this when he led members of the committee on an oversight visit the project site on Tuesday in Abuja.

“You have betrayed the confidence of the funding. It is just inexplicable.

He said that delay was going to cost the country more than it should have expended on the road.

“If I were the minster, I will revoke this job. I will ask them to refund to government. If you can’t do the job why did you take the job. Why did you bid for it.

“We don’t have to pretend to ourselves and pretending to speak the truth. A job that was awarded 2011 and up till now you are still where you are.

Adeyemi urged the contractor to appear before the committee on Thursday.

He said that the oversight was aimed at assessing the level of ongoing projects in the territory.

“We will be passing two budgets before the end of the year. Putting them together will be over N1 trillion.

“It makes sense for us to see the state of development so that by the time we are looking at the budget we have in mind those projects that are vital that will enhance economic growth and infrastructure development of the FCT and the security of the territory,” he said.

On her part, the minster of state for the FCT Mrs Ramatu Tijjani Aliyu also expressed disappointment over the slow pace of work on the project.

“And so long as it continues in that pace, it will always call for variation. And provided we keep doing that, the question is when will it be put to use.

“So it has to do with the capacity of the contractor as well. I think I urge the Senate to also invite him for dialogue.We have paid more than enough to have much more than we are seeing on ground.

“You doing too slowly and with the economic situation, we can’t afford that.Time is of the essence. I hope you know democracy and power is transient. We have few months to go.

“You will give your words to the national assembly. What else do you require to complete this job within a short time frame even if it means you adding more to your capacity by bringing in some other people,” she said.

Speaking, Mr Robert Arzibola, the Managing Director of the company, said that road was located at the South-Eastern part of the Federal Capital City (FCC).

“It is the access road between Karshi Satellite Town and Ara Settlement in Nasarawa State while Karshi-Apo axis of the road is located within the Abuja Municipal Area Council (AMAC),” he said.

“We are very grateful. However, part of the delay was funding. But when the present minister assumed office, all our liabilities you settled them,” he said.

He also said that the high cost of materials has been the mainnchallenge hindering the progress of the project.