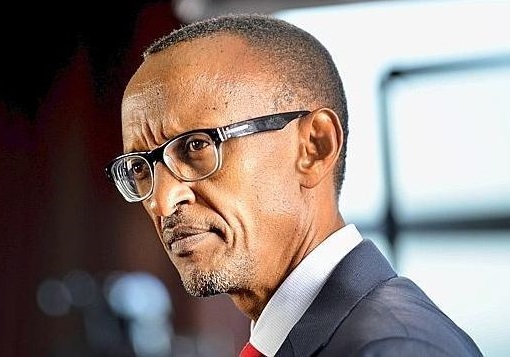 Rwandan President on Monday said the means to a peaceful end of hostilities in the eastern Democratic Republic of the Congo (DRC) lies in diplomatic processes launched in Kenya and Angola.

Paul Kagame made the remarks following Sunday’s phone talks with the UN Secretary-General, Antonio Guterres, about the escalating conflict in eastern DRC.

The DRC accused Rwanda of backing the rebels, a charge Kigali had persistently denied.

Sunday’s talks came as rebels gained ground, capturing some key towns in the Rutshuru territory in the DRC’s North Kivu Province after days of fighting.

In a tweet, Kagame said he held a “good discussion” with Guterres on the conflict in eastern DRC.

“The ways and means to de-escalate the conflict and address the issues to a peaceful end in eastern DRC are with us, by building on the Nairobi, Luanda and other international efforts,” the Rwandan leader said.

We just have to commit ourselves to applying them, he said.

Kagame and his Congolese counterpart Felix Tshisekedi in July held talks aimed at defusing tensions between the two neighboring countries.

The talks, brokered by President Joao Lourenco in Luanda, were convened amid tensions over allegations that Rwanda was backing the M23 rebels in the DRC.

The summit agreed upon dialogue and a “roadmap” which includes the reactivation of a joint intelligence team as well as addressing the issue of Rwandan rebels of the Democratic Forces for the Liberation of Rwanda (FDLR) based in the DRC.

However, on Saturday, the tensions between the two countries hit a new low after Kinshasa expelled Rwandan ambassador to the country Vincent Karega amid intensified fighting between the M23 rebels and DRC government troops in the North Kivu province.

Rwanda in a statement on Sunday said it ‘regretted’ the decision to expel its ambassador.

However, Kinshasa has said it will not accept talks with M23, saying it was a terrorist group being externally supported to continue the war, which presents a challenge.

Guterres expressed deep concerns over the resumption of the hostilities which have so far resulted in civilian casualties, displaced thousands, and led to the injury of four peacekeepers from the United Nations Organization Stabilization Mission in the Democratic Republic of the Congo (MONUSCO).

“The Secretary-General urges the M23 and other armed groups to immediately cease hostilities and to disarm unconditionally,” a statement issued by the Secretary General’s spokesperson after the talks said.