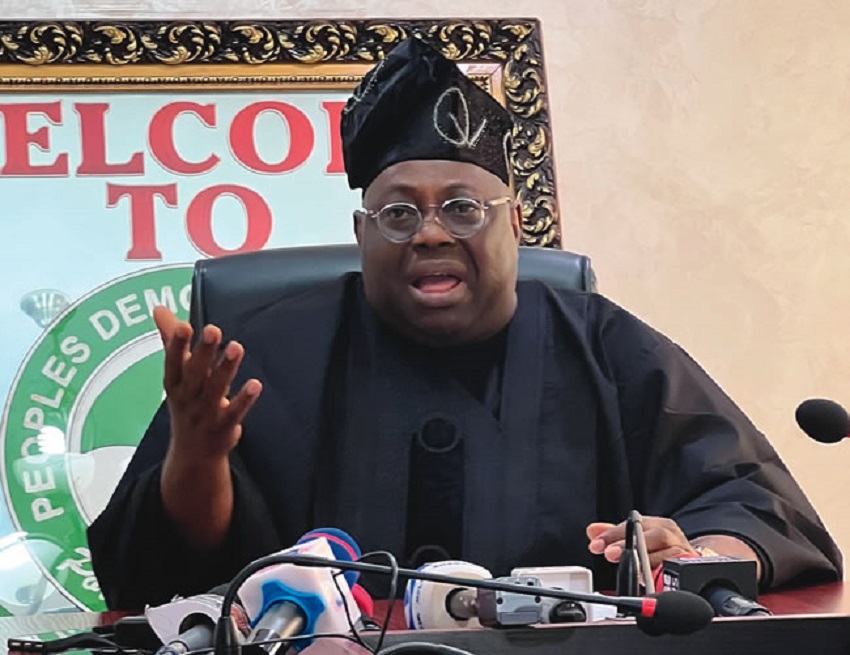 Nigeria’s main opposition party, Peoples’ Democratic Party (PDP), says its ‘covenant with Nigerians’ will not only bring Nigeria out of poverty but also herald an era of prosperity and sustainable development in a PDP government, come 2023.

Momodu said that the presidential candidate of the party, Atiku Abubakar, was deeply concerned by the cost of living and other economy challenges facing Nigerians.

“We are, however, assuring Nigerians that help is on the way.

“The Economy and the ‘Kitchen Table Issues’, as the Americans will say, remain a focal point of the PDP Recovery Agenda,” he said.

Momodu advised the Central Bank of Nigeria to strengthen the naira rather than the plan to redesign it.

“The declaration by the Central Bank of Nigeria last week that it was going to redesign some denominations in the naira has expectedly generated varied reactions from Nigerians.

“Already, the value on the naira has plummeted since the announcement and efforts must be intensified to address the decline in the value of the naira.

“The economy, which is on its knees at the moment, can hardly afford further devaluation of the Nigerian currency,” he said.

Momodu also said that the integrity of the 2023 general elections must remain a subject of concern to all lovers of democracy.

Responding to questions, Momodu said while efforts are ongoing to reconcile aggrieved persons within the party, PDP believes it would not affect its fortune in the 2023 elections.

He said what people wanted now is PDP and Abubakar, who he described as the most experienced among the presidential candidates.

A Spokesperson of the Campaign Council, Charles Aniagwu, also said they the PDP was deeply worried about the level of poverty in the country and is ready to provide solutions to reverse the trend.

“Our Naira today has no value even in the hands of our people that is why we invited you, to let you know what is happening and what we are going to do to make it work.”

He said that the PDP presidential candidate, his running mate and the leadership of the party are indeed very interested in recovering the country.

On the unresolved crisis within the party, Aniagwu said that the PDP, in spite of it challenges, is already moving on.

She said that women are comfortable with the way Abubakar is carrying them along, which signifies how women would be critical components of his government when elected in 2023.