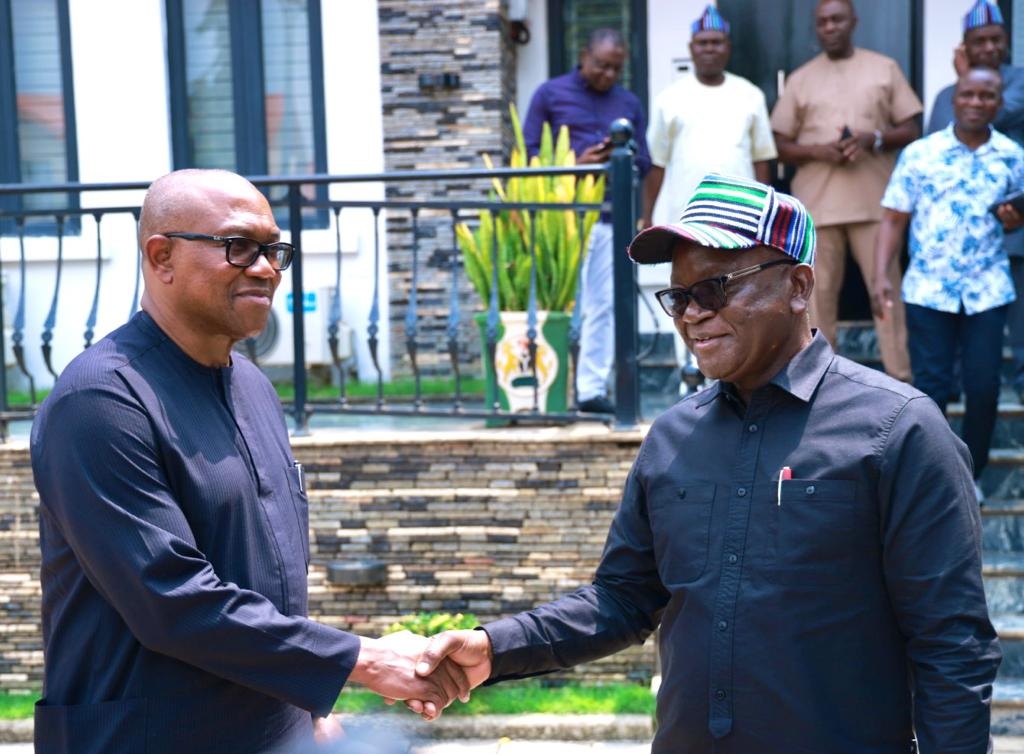 Mr Peter Obi, presidential candidate of the Labour party, on Tuesday defined the ‘deal’ he has with some aggrieved governors of the Peoples’ Democratic Party.

He was speaking in Makurdi during a visit to Benue State Governor, Samuel Ortom.

Mr Obi said he and the PDP Governors have a common interest in finding a better Nigeria amid increasing security threat and a humanitarian crisis.

“The only deal I have with them is that they are passionate about Nigeria,” Mr Obi said.

He criticised the All Progressives Congress for displaying a lack of leadership during the current crisis.

Ortom, on his part, advised Mr Obi to negotiate power with other leading presidential candidates with a commitment to serve the people.

The Governor said if he was not a member of the PDP, he would have been working for the Labour party candidate.

Some of the aggrieved PDP governors include Nyesom Wike of Rivers State, Seyi Makinde of Oyo, Okezie Ikepeazu of Abia state, and Mr Ortom.

The governors have called for the PDP National Chairman, Iyorchia Ayu to step down for a southerner based on a previous commitment.

With Mr Ayu insistent on continuing as Chairman, the Governors have withdrawn their support for the PDP presidential candidate, Atiku Abubakar.

Some believe the aggrieved PDP Governors may support Mr Obi in the 2023 presidential elections.