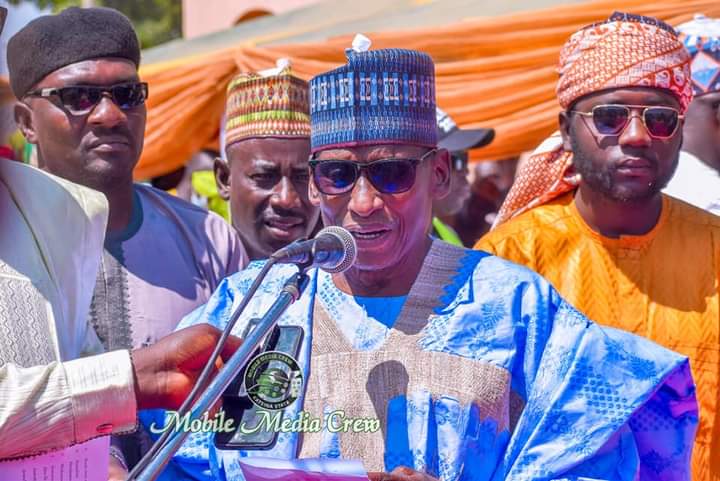 Sen. Abu Ibrahim, an All Progressive Congress (APC) stalwart in Katsina State, has reconciled some aggrieved party members in Funtua zone, in the Southern part of the state.

He said, “I am now sure that Tinubu and Dikko would get almost 100 per cent of the votes from the Katsina South Senatorial zone.

“There is no doubt that the Funtua zone is now for Tinubu/Dikko and all APC candidates.”

Ibrahim, Ibrahim, a close associate of the APC presidential candidate, said that they have met with the senator representing the area, Sen. Bello Mandiya, and reconciled with him for the success of the party in the zone.

According to Sen. Ibrahim, apart from reconciling with him, Sen. Mandiya has donated campaign vehicles for the success of the APC.

He therefore appealed to stakeholders from Daura and Katsina senatorial zones to also embark on similar reconciliation process with party members in the areas.

He further noted that in line with the reconciliation committee set up by Gov. Aminu Masari, they have worked tirelessly in mobilizing all members of the party in the zone.