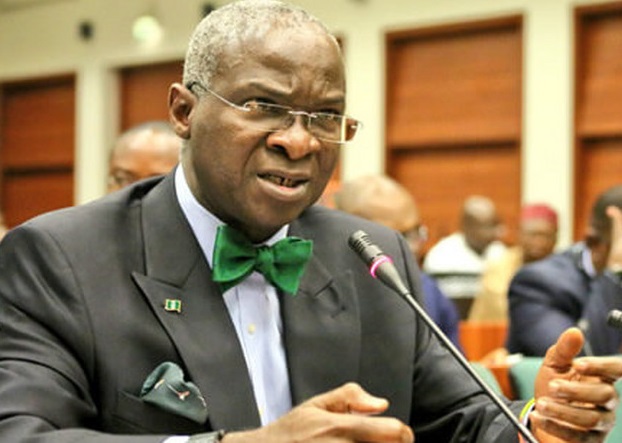 The Senate on Wednesday in Abuja commended the Minister of Works and Housing, Mr Babatunde Fashola, for his outstanding performances in the nation’s housing sector.

The Chairman, Senate Committee on Housing, Sen.Sam Egwu (PDP-Ebonyi) gave the commendation when the minister appeared before his committee for the defence of 2023 budget.

Egwu said the minister in spite of the tight budgetary provision still found a way to impact tremendously on the housing sector.

He specifically commended the minister for completing four, out of the six federal secretariats.

He urged the minister to consolidate on his performance by doing more.

Other members of the committee also made glowing comments about the minister for the giant strides made in the sector.

Earlier, Fashola in his presentation while recalling the achievements said responsibilities keep playing out, in spite of inadequate fund for operations.

He said the ministry had a total of N191.757 billion of outstanding liabilities to contractors, adding that it was an important number, because it represents the livelihoods of Nigerians.

He said many of the contractors owe their various suppliers who supply them inputs.

“It is a value chain, and we must take note of it as we make final recommendations to the appropriation committee for next year because if these people are not paid, we may see the systemic economic consequences,” Fashola told the senate committee.

He said the impact of the National Housing Programme had been done in a more holistic way.

He said that materials for various ongoing works were locally sourced, thereby impacting positively on the local communities.

The minister said the housing construction sites across the country had also created 29,000 and 57,874 direct and indirect jobs respectively.

“This again you can extrapolate to about 29,000 different families, who have been impacted with what has been done.

“There are 57,874, indirect jobs, those are people that become consequently engaged because housing has been constructed, indirect jobs, and there are 1,245 building contractors nationwide,” Fashola said.

On Certificate of Occupancy processing, Fashola said the land registry digitalisation process had commenced and will near completion by the end of the year.

“We have scanned about 45,000 files, out of about 50,000 files, what we expect to see is that some of the process of obtaining the C of O will be reduced.

He said, “We have advance work toward completion of the Federal Secretariat, we had six of the Secretariat going when we appeared before the senate last year.

“They are at advanced stage of completion,but we have completed three of them and the fourth one will be completed by end of November, the remaining two will run into the next year.”

He also disclosed that the ministry since 2017, started maintainance of all existing federal secretariats because of their dilapidated nature, adding that facility managers had been contracted to manage them.

Fashola said between 2017 and 2021, 20,990 people had been impacted in terms of employment by the facility management.