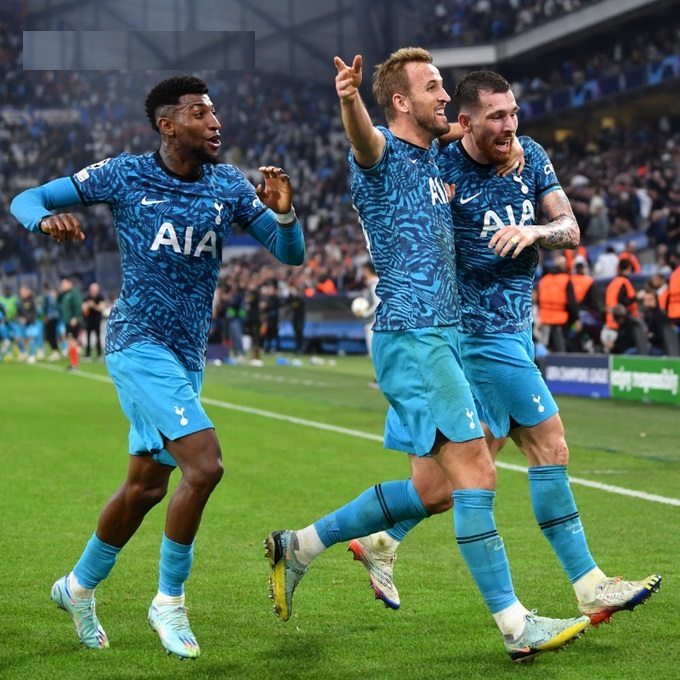 Pierre-Emile Hojbjerg scored with the last kick of the game as Tottenham Hotspur came from behind to beat Marseille 2-1 on Tuesday and qualify for the last 16 of the Champions League.

Hojbjerg broke away to finish emphatically in the fifth minute of injury time, sealing a Spurs comeback that means they progress as Group D winners while Marseille are eliminated from Europe altogether.

Clement Lenglet had earlier headed the Premier League side back on level terms after a Chancel Mbemba goal gave Marseille the lead at the break.

It was a pulsating contest at the Velodrome and it could have gone either way, with Marseille left to regret a crucial late miss by substitute Sead Kolasinac.

Had he scored rather than send a back-post header wide, Marseille would have gone into the last 16. Instead Hojbjerg’s late strike condemned them to bottom spot in the section.

The result was earned in adversity for the Premier League side, who were without the presence on the touchline of the suspended Conte and also lost Son Heung-min to a head injury in the first half.

“It was very difficult in the first half but we didn’t lose our minds, we stayed in the match,” said Tottenham assistant manager Cristian Stellini.

“It was terrible the goal we conceded because it came from a corner that was taken quickly and we were not prepared.

“This is an important lesson for the future, but in the second half something changed and we played a fantastic second half.”

Hojbjerg’s late strike sparked scenes in stark contrast to a week ago, when Spurs were denied victory over Sporting after VAR ruled out Harry Kane’s last-gasp goal.