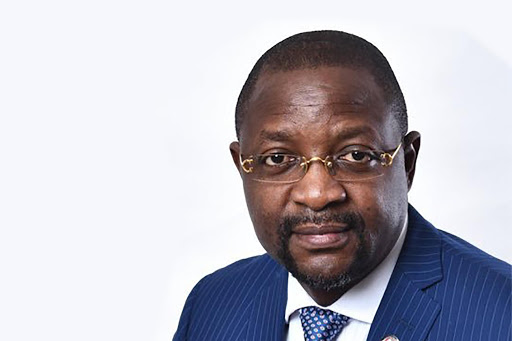 The Minister of Youth and Social Development, Mt Sunday Dare, has urged more youths to apply for the National Youth Investment Fund (NYIF).

It was reported that the NYIF is a government initiative created to boost the Nigerian economy through leverage and access to finance for youths.

Dare made the call in Abuja, at the 2022 Africa/National Youth Day with the theme “Breaking Barriers to Meaningful Participation and Inclusion in Advocacy”.

It was reported that the celebration is also with the sub-theme “Bridging the Inter-generational Gap to Annex Youth Potentials”.

The minister said the theme provided an ample opportunity to critically look into and address issues which have continued to hinder the youths’ pursuit of a secured role in decision-making.

He said it also impacted especially on issues which directly affected them, and how to leverage on the experiences garnered from the older generations.

According to him, the NYIF initiative will allow youths to bring up creative ideas which government can support with small loans.

“On the day of the national youth day, if you have not heard before, please hear it loud and clear, we still have money to give to our youths for the programmes.

“When we announce the opening of the portal, you have to apply and go through the processes unless you do that, you will not benefit.

“We will announce in due time when the portal will be open,’’ Dare said.

He said no country that has been able to solve the youths’ unemployment problem without deliberately placing its youth on the part of entrepreneurship.

The minister called on youths to take advantage of the programme to achieve development, entrepreneurship and skills acquisition

He said that government had trained more than 250 thousand youths in digital skills in the last few years.

Dare said that there were almost 200 digital skills globally but the country consecrated on fifteen different digital skills to empower the youths by investing in their ideas.

He said that government came up with an MTN programmes called training into enterprise.

According to him, the youths are trained and given money, instrument tools to start up their businesses.

“The government concluded to achieve such through such lofty programmes called the National Youth Investment Fund, an initiative that allows youths to bring up creative ideas that government supports with small loans.

“Through this programme, many youths have started doing small businesses instead of waiting for white collar jobs,” he said.

According to him, it is the belief that, facilitating youth inclusion enables the mobilisation of the new generation as an economic and social resource, which can directly contribute to sustaining the stability and economic growth of Nigeria.

He said that the ministry found out that more than three hundred and fifty thousand jobs are available for young cyber security experts.

Adeagbo said that the country had the challenge of cyber insecurity and that the group was ready to carry out free online cyber security training for youths in Nigeria.

“We know that currently over 36 per cent of Nigerians as seen on social media on the Internet.

“We also know unfortunately, that over 86 per cent of our businesses are prone to cyber-attacks so we need more specialties and competencies,’’ he said.

According to him, more young people are needed to be equipped to be part and parcel of this cyber security training as the market is growing massively.

“It’s been projected that we are going to have by the end of 2022 more than 3.5 million vacancies globally for people with cyber security competencies,’’ he said.

It was reported that the federal government has disbursed N1.62 billion to 5,200 beneficiaries under the NYIF.

Our correspondent reports that the Federal Executive Council (FEC) had approved N75 billion for the establishment of the NYIF, an initiative of the ministry of youths and sports, with the aim to financially empower youths between 2020 to 2023.

It was reported that the federal government said the microfinance bank is preparing to disburse loans to another batch of 25,000 youths once their applications are approved.

Each fund approval ranges from N250, 000 to N50, 000,000, with a spread across group applications, individual applications, working capital loans set at one year and term loans set at three years with single digit interest rate of five per cent.

It was reported that Dare said that no fewer than 6,054 Youths have so far benefited from the NYIF, receiving between N250,000 to N3 million each.