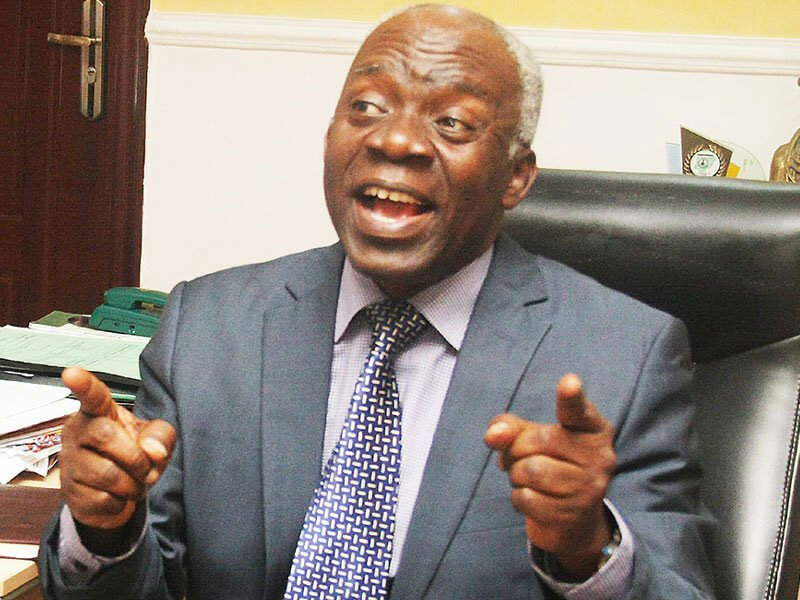 Falana, a Senior Advocate of Nigeria (SAN), gave the advice while speaking with our reporter, in reaction to a recent statement by Chairman of the EFCC, Mr Abdulrasheed Bawa.

Bawa had vowed to beam searchlight on perpetrators of financial crimes, including legal practitioners.

Recall that the EFCC boss spoken in Lagos at a one-day workshop on financial crimes reporting organised for journalists by the commission.

Bawa had during the workshop stated that it would no longer be business as usual for politicians who laundered money through their lawyers, accounts’ managers, precious stone dealers and other designated non-financial businesses and professions.

He had consequently hinted of the anti-graft agency’s plans to “go for those” aiding such financial crimes by stepping up its probe through its Special Control Unit Against Money Laundering (SCUML) under the new Money Laundering Act, 2022.

However, Falana, who described the comment as only an allegation, noted that such weighty allegations must be backed by credible evidences.

“As a senior lawyer, I deal with evidence; if the EFCC alleges that lawyers are involved in money laundering, with profound respect, it should take such lawyer to court.

“This is because, in other parts of the world, lawyers and other professionals are called gatekeepers and the law deals with them severely; the law is the same in Nigeria.

“So, if the EFCC chairman has his evidence, (and I know he has his evidence), then his duty is to charge such lawyers before the court, so that the menace of money laundering can be seriously tackled .

“I am not talking of lawyers alone; the usual gatekeepers are lawyers, accountants, bankers and estate agents.

“I am not unaware that the EFCC has had cause to charge gatekeepers including lawyers to court for money laundering.

“Some are standing trial, some have been tried, and so, where there is evidence linking lawyers with money laundering, such lawyer should be charged before the court,” he said.

Falana, therefore, noted that legal practitioners as gatekeepers, must distant themselves from such financial crimes and live up to the tenet of the offices they occupy.

It was reported that during the workshop, Bawa had announced that the commission had secured over 2,701 convictions for money laundering as at Oct. 7, being an increase from the 2,220 convictions recorded in 2021.