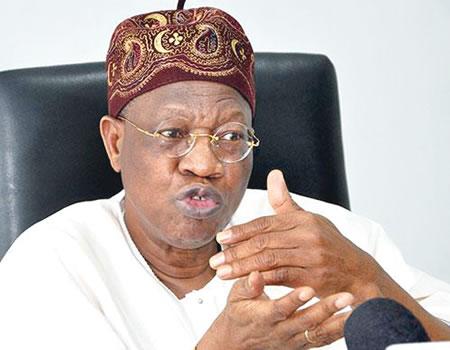 The Minister of Information and Culture, Alhaji Lai Mohammed, says despite challenges of poor funding, COVID-19 pandemic and its effects, the nation’s creative industry is doing well.

The Minister stated this on Tuesday in Abuja when he appeared before the Senate Committee on Culture and Tourism to defend the 2023 Budget proposal of his ministry.

While reacting to a gloomy picture of the industry painted by the Chairman of the Committee, Sen. Rochas Okorocha, the minister said all hope is not lost and the sector is performing well.

It was reported that in his opening remarks, Okorocha said insecurity, poor funding are the bane to the development of the creative industry in Nigeria in spite of its low hanging fruits.

The Senator added that recognising the sector as the new oil of the nation, the committee had clamoured for its development and harnessing of its opportunity with no positive results.

Responding to the Senator’s position, the minister said with the meagre resources made available to his ministry they had tried to project the industry well.

He said the industry was able to attract private-sector funding to the tune of about US$ 100 million to rehabilitate the National Arts Theatre in Lagos.

Mohammed said the edifice which had been in a state of decay is being renovated currently and would be the venue for the hosting of the first-ever World Tourism Organization (UNWTO) global conference on culture, tourism and the creative industry, schedule for Nov. 12 to Nov. 16.

According to him, four important hubs of the creative industry would be established within the complex which are, hub for fashion, the hub for technology, the hub for music, and the hub for films.

He said when the hubs are completed, Nigerian artists would no longer go to South Africa or Europe to edit their music and films.

The minister said despite challenges, Nigeria’s music industry is the best in Africa and ranks high across the globe.

He added that in terms of the number of production, Nigeria’s film industry, Nollywood, ranks second globally after Bollywood.

Mohammed added that the revenue from the fashion industry in Nigeria is about N2 trillion based on a recent survey carried out by a committee set up on Post COVID-19 effects and mitigation.

The minister reiterated that all hopes are not lost and thanked the committee for being the advocate of better funding and development for the creative industry.