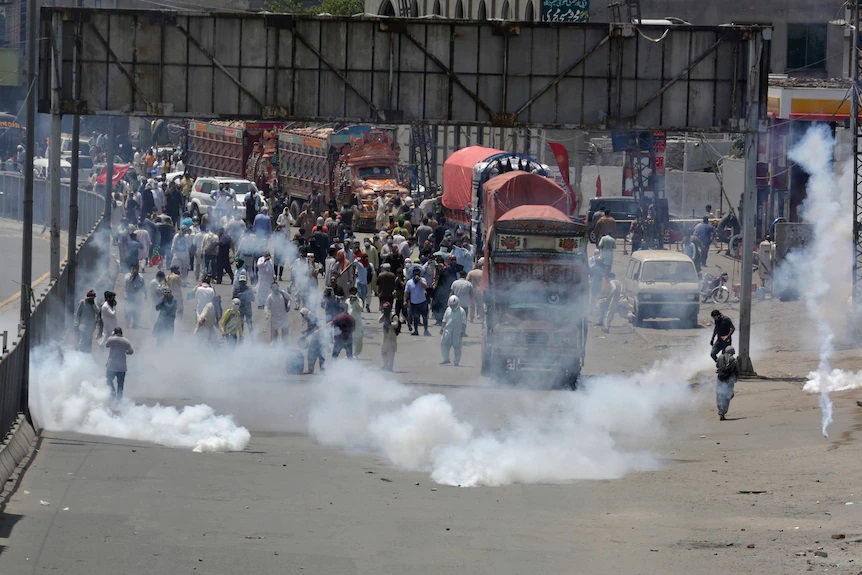 Supporters of former prime minister Imran Khan blocked highways across Pakistan on Tuesday and forced authorities to close schools in a fresh spate of protests against a gun attack that left him injured.

Hundreds of protesters blocked major highways including the M2, one of the busiest transport arteries connecting Punjab with the capital, Islamabad.

Schools were closed in the capital due to the precarious law and order situation.

“We will not let these protesters disrupt the lives of millions of people,” Interior Minister Rana Sanaullah told reporters in Islamabad.

The government deployed thousands of riot police and paramilitary forces in the capital to deal with protesters.

Khan was shot in the leg on Thursday while leading a protest march to pressure the government to announce early elections.

Police arrested a suspect immediately after the attack who later confessed to shooting at Khan in a bid to kill him.

Khan came to power after a controversial victory in national elections in 2018 that were tainted by allegations of manipulation by the country’s powerful military in his favour.

He was removed by a vote of no confidence in parliament in April.