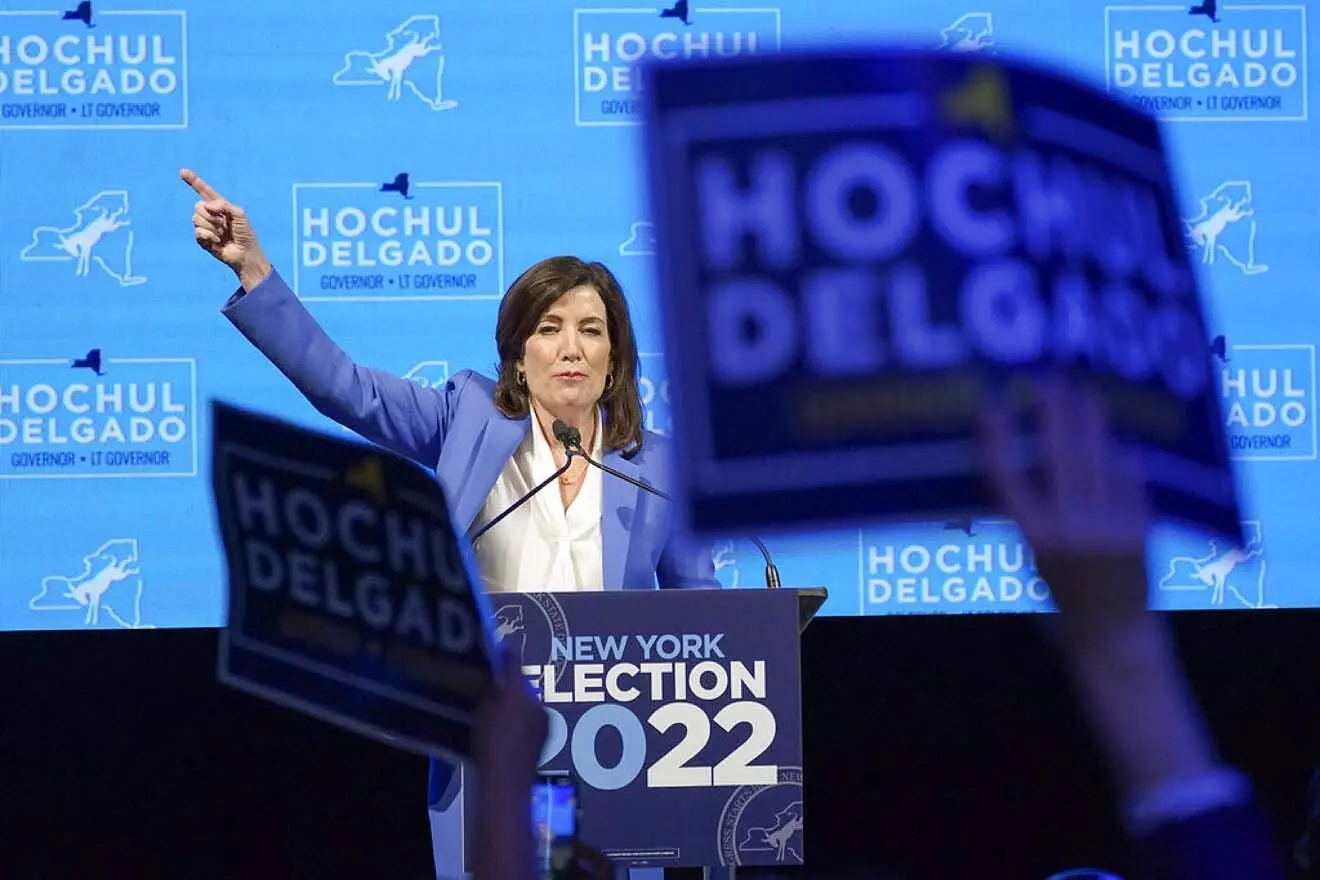 According to reports, she defeated Republican congressman Lee Zeldin, an ally of Donald Trump who ran a campaign focused on fear of violent crime.

“Tonight you made your voices heard loud and clear. You made me the first woman ever elected to be the governor of the state of New York.

“But I’m not here to make history, I’m here to make a difference,” Hochul told supporters on Tuesday night at an election party.

Hochul, a Buffalo native, had been expected to win in a state where there are more than twice as many registered Democrats as Republicans.

But Zeldin made the race competitive, closing in on Hochul in the final weeks and appearing to spur her to speak more about public safety.

“it’s been a battle where we’ve been focused on ideals. We’ve been bringing our message without apology or regret,” Zeldin said at his election night party Tuesday.

Though Hochul has been governor for a year, she is not as well known as her predecessor.

A former congresswoman, she served as Cuomo’s lieutenant governor before taking over in August 2021 and has tried to cast herself as a fresh start from Cuomo.

He (Cuomo) resigned amid sexual harassment allegations, which he denied.

Flights cancelled in China as Covid cases continue to surge