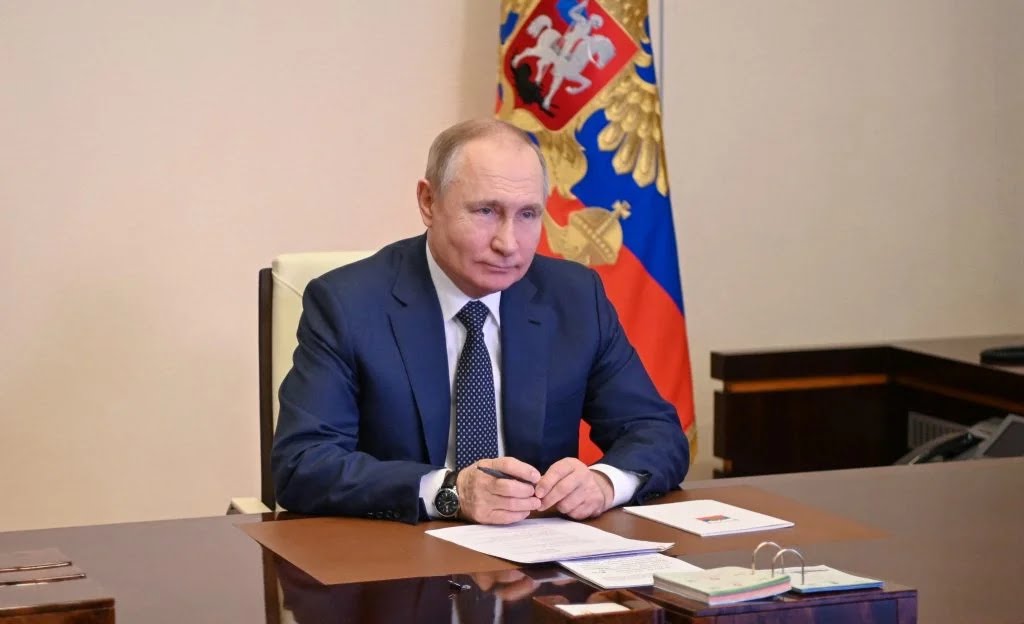 Russian President Vladimir Putin will not attend a gathering of leaders from the Group of 20 (G20) nations in person next week but may join virtually, officials from Russia and the host country Indonesia said on Thursday.

The Russian leader will be represented by Russian Foreign Minister Sergey Lavrov, said Yulia Tomskaya, the chief of protocol at the embassy.

Tomskaya added that Putin is still deciding if he will join one of the meetings virtually.

Indonesia’s Coordinating Minister for Maritime Affairs and Investment, Luhut Binsar Pandjaitan, also said that Putin would not attend. Pandjaitan, who is helping to coordinate the summit, said the Russian President would be represented by “senior officials.”

Putin’s decision not to attend the G20 summit in person saves him the embarrassment of being confronted – or shunned – by other world leaders over Russia’s invasion of Ukraine.

The meeting will take place just days after the Kremlin announced Russian forces would retreat from a large swathe of Kherson – one of four Ukrainian regions Putin previously said Russia planned to annex in violation of international law.

In the lead-up to the event, Western countries and Ukraine have pressured Indonesia, the G20 host, to step up its condemnation of Moscow and withdraw its invitation to Putin for the summit.

Since invading Ukraine in late February, western democracies have treated Russia and Putin as a pariah on the world stage.

U.S. President Joe Biden, who is attending the summit, said in March that Russia should be ejected from the G20, a multilateral organisation comprised of 19 of the world’s major economies and the European Union.

Senior members of Biden’s administration have walked out of G20 events where Russian delegates are present.

When asked if he would meet Putin one-on-one in Bali during an exclusive interview last month, Biden said he did not see a good reason to do so but it would “depend on specifically what he wanted to talk about.”

Biden said if Putin wanted to discuss the jailed American basketball star Brittney Griner then he would be open to talking.

Jakarta has resisted pressure to single out Russia and has sought to remain in a neutral position.

It has invited Ukrainian President Volodymyr Zelensky to the summit as a guest.

Zelensky has said that Ukraine would not take part in the G20 summit if Putin attends.

The Ukrainian President is expected to join the meetings virtually.

Chinese leader Xi Jinping, who met Putin in Uzbekistan in September, is also expected to attend the summit and meet Biden for the first time since the American President took office nearly two years ago.

Beijing has not officially confirmed whether Xi will attend the summit or meet with Biden.

However, on Wednesday, Biden told a news conference at the White House following the midterm elections that he will be having talks with Xi in Bali.

Biden said he was not planning to make any “fundamental concessions” and that they will discuss the economy and trade, but declined to reveal what his message would be on U.S. military support to Taiwan should China move on the self-governing island.

“I’m gonna have that conversation with him,” Biden added, noting that they’ll lay out “what each of our red lines are.”

Their much-anticipated meeting comes as relations between U.S. and China hit their lowest point in decades in a downward spiral that started under the former presidency of Donald Trump, as the two countries ramp up their rivalry in trade, technology, geopolitics, and ideology.

In recent months, tensions have reached new highs following U.S. House Speaker Nancy Pelosi’s visit to Taiwan and the Biden administration’s ban on the sale of advanced chips and chip-making equipment to China.

Meanwhile, under Xi, China has moved closer to Russia, united by their plummeting relations with the U.S. and other Western countries.

Weeks before the Russian invasion of Ukraine, Xi and Putin declared that their countries share a “no-limits” friendship.

Beijing has since refused to condemn the war in Ukraine, or refer to it as an “invasion”.

After G20, Xi will attend the Asia-Pacific Economic Cooperation (APEC) summit in Bangkok, which kicks off next Friday, according to Thailand’s Foreign Ministry.

Biden is not expected to attend the event, while Putin has yet to confirm his attendance.