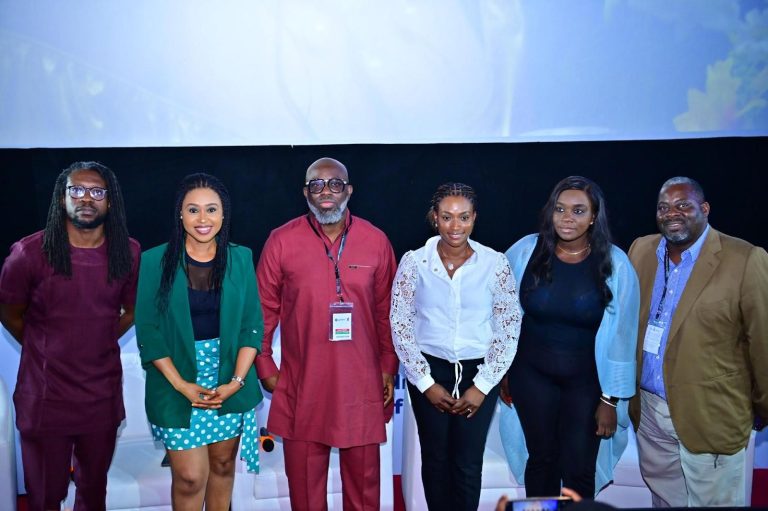 Dr Busola Tejumola, Executive Head of Content and West Africa Channels for MultiChoice Nigeria, says Africa Magic and Showmax will commission at least 30 films in 2023, where filmmakers can send in their pitches.

She revealed this at a panelist chat titled: “The Jewel Within: Showmax and DSTV in Conversation with African filmmakers”, which was in conjunction with the 11th African International Film Festival (AFRIFF).

It was reported that the event was moderated by actor and producer, Padita Agu and the conversation featured a fireside chat with some other key panel members.

Tejumola said the subscribers of Africa Magic and Showmax would enjoy a surplus of local entertainment and multiple brand-new shows.

Highlighting some of the new content to expect on Showmax, Tejumola disclosed that another iteration of the Real Housewives franchise was coming to a new city in Nigeria.

She also disclosed that a new telenovela titled ‘Wura’ and the first African sport animated series, Jay Jay, based on the life of the legendary footballer Jay Jay Okocha, will also be on the platform in 2023.

She also added that the recently announced original drama series, Flawsome, will premiere on Showmax today, Thursday, Nov. 10, with new episodes every Thursday.

She said: “We have a huge lineup of content in the coming months and into 2023.

Producer of Journey of the Beats, Obi Asika and Tola Odunsi, shared how detailed they needed to be in creating the different series they worked on for Showmax.

Delmwa Deshi and Victor Aghahowa described how working with MultiChoice over the years had helped them and encouraged other filmmakers to pitch their content too.

Aghahowa, with help from Tejumola, broke down the submission process for pitching and reminded the guests about a platform to get all they needed to pitch and submit their proposed content materials.

After a very insightful question and answer session, each panel member took turns encouraging filmmakers to keep putting in the work as it was the ultimate way to ensure a successful career.

In Aghahowa’s words, “nobody can give you a career, all they can give you is an opportunity. You are responsible for your career.”

It was reported that Showmax will screen the first episode of the highly anticipated drama series, Flawsome, today at the Alliance Francaise as part of activities for thw 2022 AFRIFF.

Viewers can watch the first episode of Flawsome from the Nov. 10 and other interesting content on www.showmax.com.