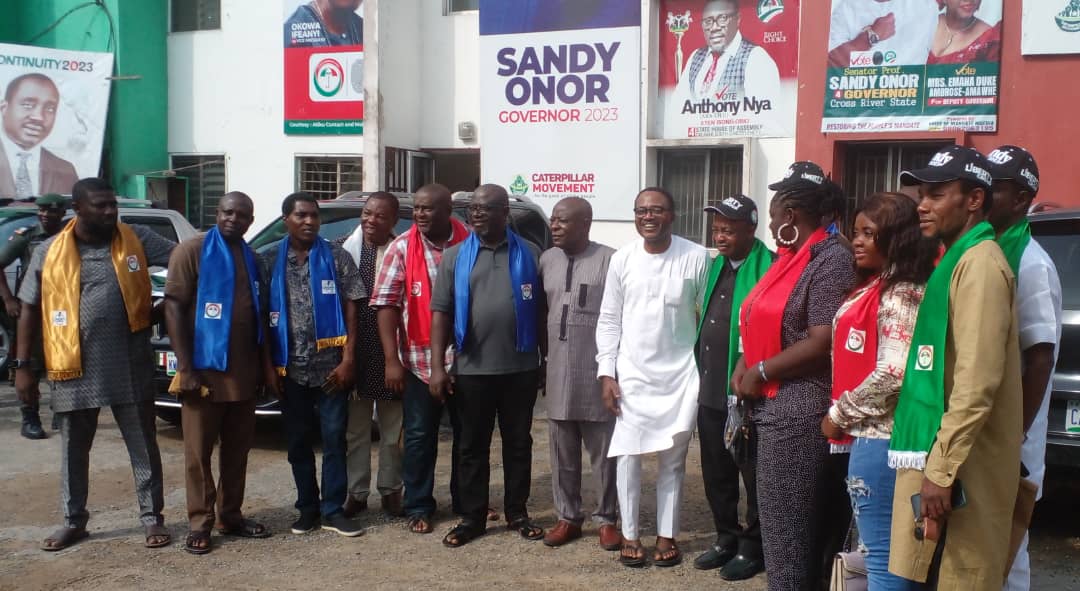 The Peoples Democratic Party (PDP) says it remains the best alternative political party to correct and address the present challenges in the country.

Mr Vena Ikem, State Chairman of the party in Cross River said this in Calabar on Friday when the Liberty Support Group, a socio-political group in the state paid him a courtesy visit.

He noted that the antecedents of the party over the years speaks volume of its capacity, competence and nobility.

He said, “When our party held sway at the centre, we did not experience these indices like insecurity, hardship, economic woes, and gradual collapse of key sectors that are gradually pointing to an almost failed state.

“The exorbitant cost of living and the challenges of insecurity that have seen many Nigerians killed innocently, should convince every rational prospective voter to cast their vote for the PDP, come 2023.”

He, therefore, urged the people especially Cross Riverians, not to make the mistake of electing wrong leaders during the elections.

The chairman said the governorship candidate of the party in the state, Dr Sandy Onor, is someone with the interest of the people at heart and urged the people to rally behind him.

Earlier, Mr Peter Igbe, the Director-General of group, disclosed that the group was saddled with the responsibility of mobilising the people of the state to enthrone a responsible government.

“Gone are the days we used to introduce ourselves as proudly Cross Riverians, today we are ashamed of our state status.

“The damage on our collective heritage and psyche are simply unprecedented.

“We opted to pitch our tent with the PDP after a holistic appraisal of the various governorship candidates on parade across the parties.

“We have unanimously agreed that Sen. Sandy Onor is the best option in all ramifications. Hence our decision to team up with the PDP to usher in Onor as the next governor of our state.”