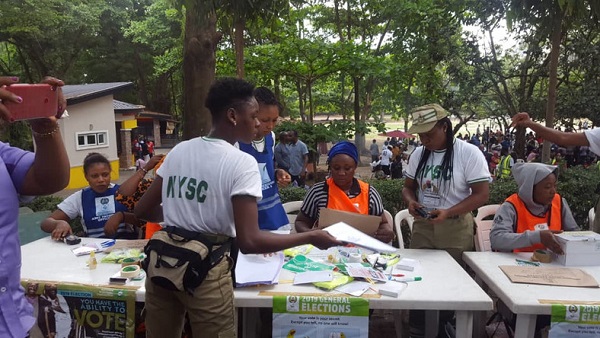 Dr Mutiu Agboke, Resident Electoral Commission (REC) in the state, gave the warning at the NYSC Orientation Camp in Ede, during the corps’ sensitisation lectures organised for the Batch C stream 1 members in the camp.

Agboke said any corps member engaged by the commission for the general elections and caught in any electoral malpractice, would be prosecuted accordingly.

He said as the country was preparing for the 2023 General Elections, the stakes were high for the commission, adding,” we are being careful, especially with the engagement of corps members for the elections.”

Agboke said that politicians were bound to approach the corps members during the elections and warned them not to be compromised or let themselves be used by the politicians for their selfish aims.

He said: ”INEC has a very cordial working relationship with NYSC and that based on the integrity and trust they have in the corps members, that is why they are engaged as Presiding Officers during the elections.

“Since the day INEC partnered NYSC in the electioneering process, INEC has never had any problem.

“I, therefore, appeal to you all to avoid engaging in electoral malpractices and uphold the existing relationship between INEC and NYSC, which is very sacrosanct,” he said

Agboke said the commission would, however, be requesting corps members that would be engaged for elections to sign undertakings and that any of them caught engaging in any election malpractice would be prosecuted.

“You must be very careful and must not be paid to perpetrate illegality, because we will get you arrested and prosecute you if you do wrong,” he vowed.

The REC said that the Bimodal Voter Accreditation System (BVAS) would be used by INEC at the coming elections, and that the BVAS had made it impossible for human interference.

All BVAS needed for 2023 polls ready before December – INEC