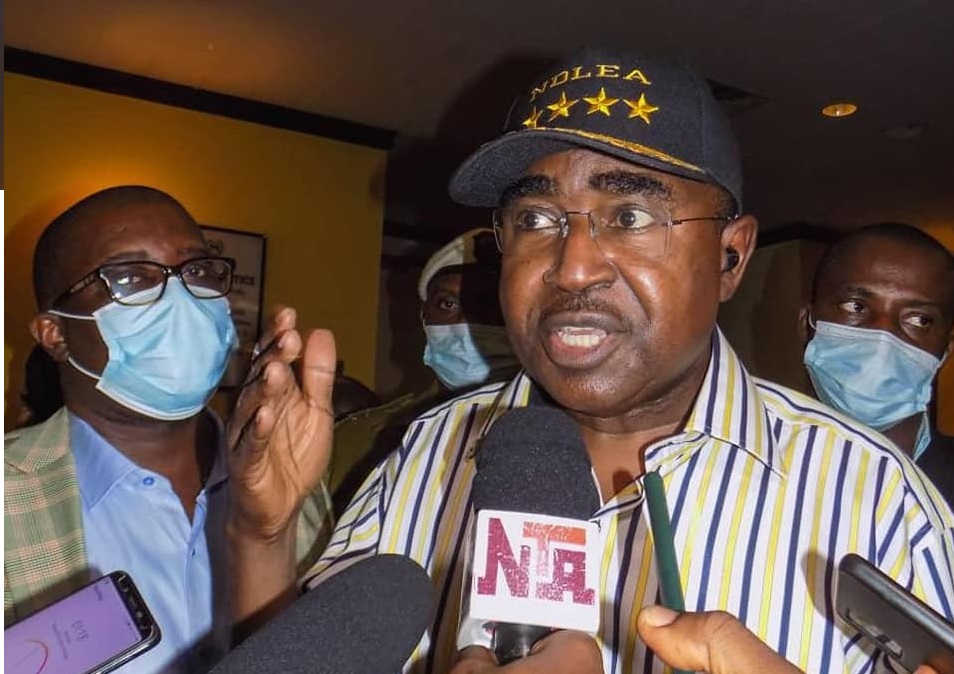 Marwa spoke on Thursday in Lagos at the 10th Anniversary Lecture and Investiture into the Hall of Fame organised by Realnews, an online publishing outfit.

“People use drugs to prepare cookies, pepper soup, among others. This is dangerous and condemnable,” he declared.

It was reported that the theme of the programme is “Drug Abuse Among Youths in Africa: Implications for Nigeria Economy and 2023 elections”.

He regretted that traffickers had continued to manufacture and share illicit drugs in spite of NDLEA’s efforts to tackle the menace.

Marwa said that the agency would not relent in its war on the drug barons, declaring that NDLEA would “fight them to the end”.

He also vowed that the agency would prosecute drug peddlers and users so as to rid the country of drugs.

He regretted that more than 10.6 million youths were illicit drugs consumers.

Marwa also announced that 19,000 illicit drug offenders had been arrested in the last 22 months, with 3,011 offenders prosecuted.

On the implications of illicit drug consumption by youths on the 2023 elections, he said that drugs would be purchased by desperate politicians and be shared to youths they want to use.

He regretted that some Nigerians were pushing for the legalisation of Cannabis.

“Some top Nigerians are canvassing for liberalisation of Marijuana. They want to be allowed to plant it.

“This sends wrong signals to Nigerian youths; they are being encouraged to keep doing something wrong.

“Instead of seeking to legalise it, people should support us to battle this ugly monster,” he said.

Marwa warned of heinous consequences by 2030, if stakeholders refused to rise up to fight illicit drug consumption by year 2030.

“If we don’t fight hard, the situation in the country may be pathetic in 2030.

“By 2030, the consumption of illicit drugs, if not checked, will rise by 40 per cent in Africa and Nigeria may be the worst hit,” he said.

Earlier in her address, Mrs Maureen Ochigbo, the publisher of RealNews, had regretted the high consumption of illicit drugs by youths and described the situation as scary and disheartening.

“The current state of consumption of illicit drugs by Nigerian youths is disheartening.

“These youths are loosing their potentials to serve the nation; this is worrisome,” she said.