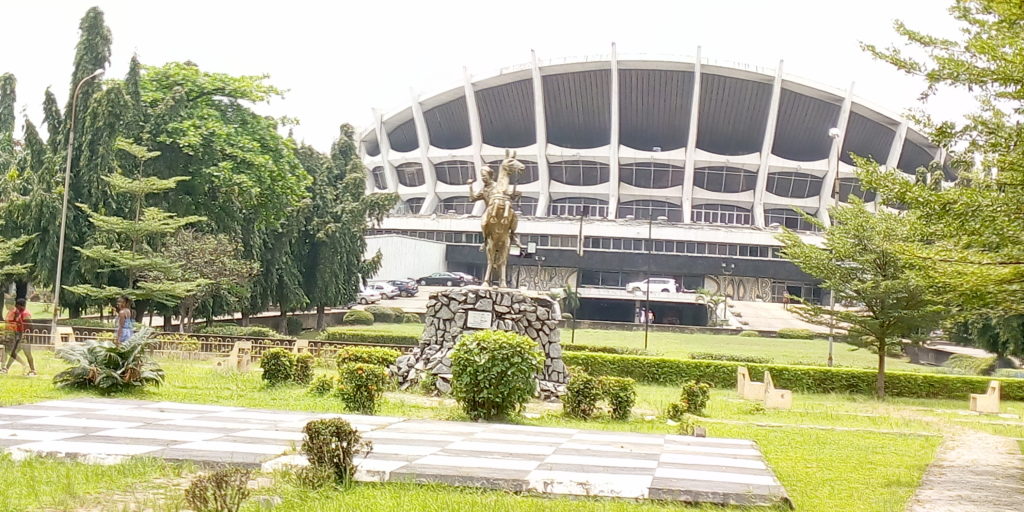 The Federal Government says the on-going renovation project of the National Theatre in Lagos when completed, will be a haven for budding artists and a game changer for the creative industry.

The Minister of Information and Culture, Alhaji Lai Mohammed stated this on Monday when he featured on Nigeria Television Authority programme “Good Morning Nigeria” monitored by our reporter.

It was reported the minister was reviewing the recently concluded UNWTO Global Tourism Conference which was the first event to be held at the refurbished national monument.

The National Theatre, completed in 1976 in preparation for the Festival of Arts and Culture (FESTAC) held in 1977 was abandoned for decades to rot away.

In 2020, the CBN and the Bankers’ Committee, collectively agreed to invest over N65 billion to rehabilitate the monument and return it to its former glory, working closely with the Federal Ministry of Information and Culture and the Lagos State Government

“We have to appreciate President Muhammadu Buhari who had the foresight to appreciate the fact that the funding for the renovation of the National Theater was far beyond the capacity of the federal government.

“He willingly approved the proposal from the Central Bank Governor and the Bankers Committee to take over the renovation and do a kind of Public Private Partnership (PPP).

“The PPP agreement whereby the government will surrender the venue, the Bankers Committee will invest their resources there, and then they will manage it for a period of time.

“I think the experiment paid off because anybody who had the privilege to see the refurbished National Theater, which is just the phase one of the renovation can attest to this,” he said.

The minister said they had sent pictures of the first phase ten cation of the iconic monument across the world, and it had received rave reviews because many people never believed it could revive to that world class standard.

He said the second phase of the rehabilitation works would include a 5,000-seater main amphitheatre comparable to anything else in the world, flanked by two world-class cinema rooms, banquet halls, and a library.

Mohammed said in addition to restoring the main structure, four signature clusters consisting of a building each to support emerging talent in the music, film, fashion, and IT sectors would also be constructed

According to the minister, a 500-bed hotel, 250-car park block, a police station, a fire station, and a visitors’ welcome centre which will house commercial and retail facilities, administration and management offices would also be constructed.

He said in addition to restoring the Arts Gallery and Museum in the original structure, there would be a Museum for Nollywood within the complex.

The minister added that for ease of transportation, a terminal of the ongoing Lagos light rail is already being constructed in the premises.