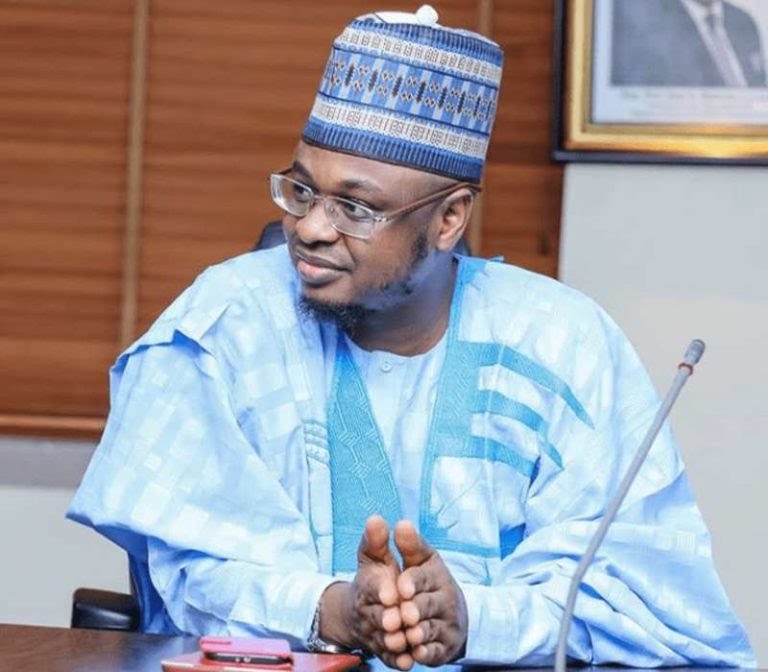 Prof. Isa Pantami, the Minister of Communication and Digital Economy, on Monday in Kaduna, stressed the importance of technology to national development.

Pantami made the call while speaking via virtual conference at the opening of a two-day first Faculty of Science International Conference, organised by the Airforce Institute of Technology (AFIT) Kaduna.

The conference was in line with the International Year of Basic Sciences for Sustainable Development (IYBSSD 2022).

It had the theme ‘Positioning Basic Sciences and Technology in Enhancing Digital Economy and National Security’.

The international conference was in collaboration with United Nations Educational, Scientific and Cultural Organisation (UNESCO), and supported by Kaura Motors, an automobile company.

Pantami stated that government and learning Institutions needed to pay more attention to science and technology as the key to development of the country.

He also said that functional, practical, relevant science and technology education, rather than theories, which were given much priority in learning institutions, would impact the necessary skills on the students.

He added these would address unemployment in the country.

According to him, technology remains the path way to sustainable development, noting that it was the way for the digital transformation of people in the society.

“Relevant technology is the way of moving many out of poverty in Nigeria; technology holds the key to sustainable development because it has the potential to fully transform our society,” he said.

The minister further said that the application of basic science and technology could lead to effective solutions.

He said that such solutions would enhance the security challenges and restore peace and security for attainment of sustainable development of Nigeria.

He also said Innovative capabilities, through science and technology, were critical for ensuring food sufficiency and harnessing agriculture and the broader food system as a driver of economic and sustainable development.

Also, Gov. Nasir Elrufa’i said that the state government had put modalities on ground to improve relevant science and technology education in the state, adding that at basic education, they had employed over 24,000 teachers at primary school level.

He also said the government had created Community and Social Development Centres, among others, as part of the efforts in ensuring development of basic science and technology at various educational levels in the state.

Earlier, the Commandant of AFIT, AVM Muhammad Yakubu, said the IYBSSD, was in response to the invitation of the UN for organisations, including the academia to observe and raise awareness on importance of basic sciences.

This is in the quest for the attainment of sustainable development.

He explained that proclamation of the year 2022 as the Year of Basic Sciences by UN General Assembly, was in recognition of the importance of basic sciences to livelihood.

According to him, enhanced global awareness and increased education in the basic sciences is vital to the attainment of sustainable development and the improvement of the quality of life of citizens of nations.

“According to Michel Spiro, the President of the International Union of Pure and Applied Physics (IUPAP), basic sciences provide the essential means to meet crucial challenges.”

The challenges include the universal access to food, energy, healthcare and communication technologies, Yakubu said.

He said from the theme of the conference, the priority areas identified were clear and the justification for the choice was obviously to keen observers of the security and economic landscape of Nigeria.

“With respect to security, the various waves and myriad of security challenges across the six geo-political zones of Nigeria have, for some time, threatened the corporate existence of the country.

“It would therefore be heart-warming if the application of basic sciences can lead us to effective solutions that would diminish and eliminate these challenges and restore peace and security for the attainment of sustainable development in our country.”

He noted that research such as the use of Unmanned Aerial Vehicles (UAVs) and Digital Forensics for national security and the role of technology in combating banditry and food insecurity in North-West Nigeria, would be presented.

He said other presentations would be on “enhancing Nigeria’s security capacity through biotechnology”, a descriptive analysis of the connections between basic science and quality of life.

It was reported that the high point of the conference was the exhibition of UAV in motion and prototype of remote-controlled explosives, among others.

Security beefed up as Buhari inaugurates oil drilling in N/East