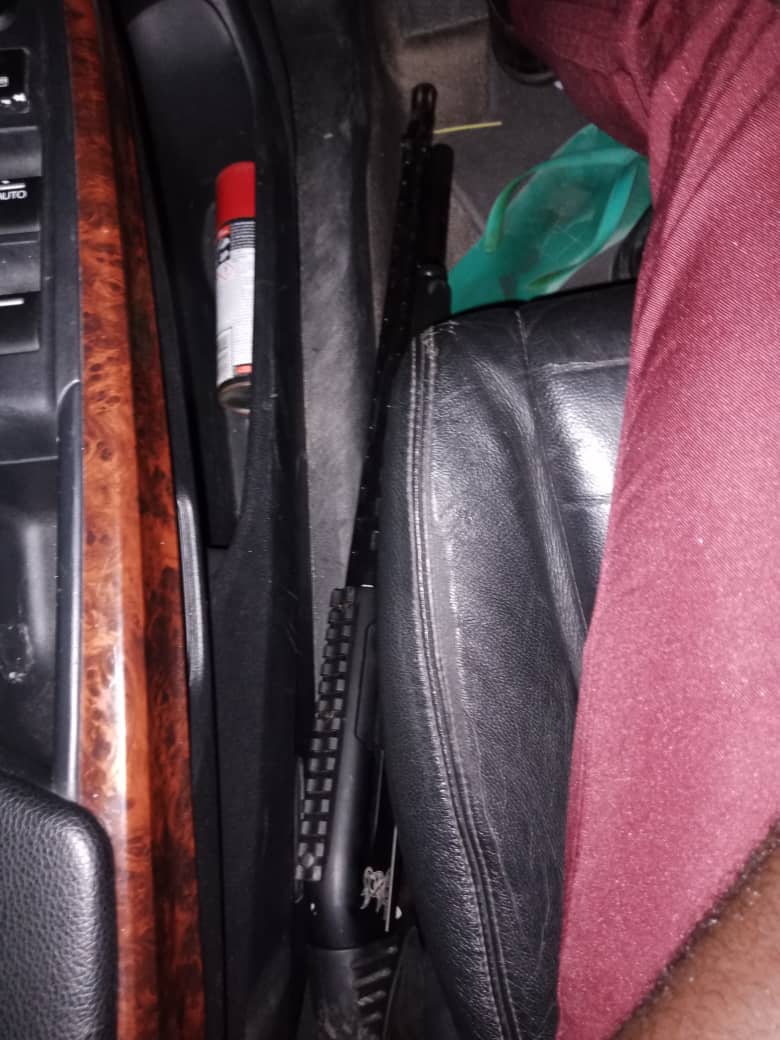 A pump-action rifle has been discovered inside an unregistered Honda car impounded by personnel of Lagos State Traffic Management Authority (LASTMA) for driving against traffic.

The General Manager of LASTMA, Mr Bolaji Oreagba said in a statement by the Director, Public Affairs Department, Mr Taofiq Adebayo, that the car was impounded on Thursday.

Oreagba said that the black Honda car was apprehended by the patrol team of the agency while driving against traffic around Sango-Tedo, Abijo GRA, on Lagos-Epe expressway.

According to him, when the driver of the unregistered vehicle noticed that the gun had been sighted inside his car, he took to his heels.

The general manager said that both the car and recovered gun had been handed over to the Divisional Police Officer at Ilasan for further investigation.

Oreagba appealed to members of the public to be security conscious and report any suspicious movement within their environment to security agencies.