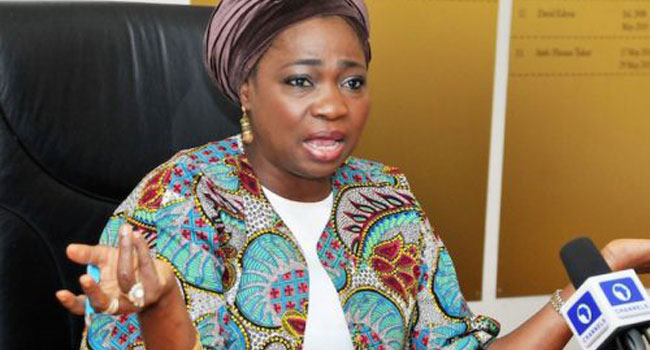 Chairman/Chief Executive Officer of NiDCOM, Mrs Abike Dabiri-Erewa gave the commendation when Alumona paid her a courtesy visit in Abuja.

Dabiri-Erewa described Alumona, who is the Founder and Director of Boys Champions, as an inspiration to Nigerians in the Diaspora, especially young adults.

According to her, his group constantly strives to create a positive impact in Nigeria as its home country.

She pointed out that Alumona is the first Nigerian and African to win the American Field Service (AFS) Award for Young Global Citizens since its inception in 1914.

She urged the award winner to make a difference in the lives of younger Nigerians and be part of the Nigerians in Diaspora Home String Programme.

The NiDCOM boss assured Alumona of a strategic partnership between his team and NiDCOM.

Responding, Alumona said he was recognised for the award because he had been giving young boys the opportunity to become peace and change agents also fighting the course of women and the girl-child.

“It is not just about making an impact in America but also about bringing the positive initiatives home to create a change,” he said.

It was reported that the award was presented to Alumona during the International Youth Day celebration organised by the United Nations Global Communications Department, the AFS Inter-cultural Programme, and The Youth Assembly.

It was further reported that Alumona, a graduate of the School of Education, Vanderbilt University Peabody College, is an indigene of Enugu State based in the U.S.

He is presently a Research and Teaching Assistant at the same university in Nashville, Tennessee, U.S.

AFS is an international non-governmental organisation that provides inter-cultural learning opportunities for people to develop the knowledge, skills, and understanding needed to create a just and peaceful world.