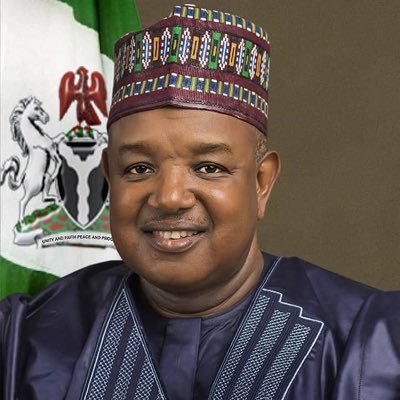 Gov. Atiku Bagudu of Kebbi State on Wednesday said his administration spent over N8 billion on road construction in the last 16 months.

Bagudu made the disclosure while fielding questions from Journalists shortly after presenting the 2023 budget, tagged: “Budget Enduring Legacies”, to the State House of Assembly in Birnin Kebbi.

It was reported that the governor presented an estimated budget sum of N166.9 billion for 2023 fiscal year to the state assembly.

The governor said: “We have constructed and rehabilitated over 900km of roads in the last seven years. This included expending in excess of N8 billion in the last 16 months alone. We will continue to bridge deficits in infrastructure until the last day of my administration.

“We have been able to maintain payment of workers remunerations and government running costs such that the machinery of government does not suffer despite the effects of the pandemic.

“We have also significantly reduced the backlog of pension and gratuity arrears in our bid to ensure the social welfare of retirees within the state.

“We have to do these despite the fall in revenues to invest in critical infrastructure primarily roads, hospitals and schools just as our mainstay of Agriculture has taken its pride of place.

“We have also been able to continue investing in human capital development just as investments in social services have been maintained.”

The governor added that just two weeks ago, he received on behalf of Kebbi State, five awards on the State Fiscal Transparency and Accountability Sustainability (SFTAS) programme for Results.

He said Kebbi was recognised for efficiency of use of public resources, transparency and accountability.

“We also came first, receiving US$18.6 million for the 2020 verification. It is worth emphasising that these feats were only possible because of the numerous legislations that were passed by this hallowed House in record time.

“As a state and with the support of this chamber, Kebbi State currently ranks as the third best fiscally managed state in the whole of the federation. In the same light, Mr. Speaker, we are currently ranked as the fifth least dependent state on the Federal Allocations.

“These independent assessments do not come as a surprise to us Mr. Speaker, because since this APC-led government took the mantle of leadership in the state, we have seen a astronomical growth in internally generated revenues over the period I have superintended over the affairs of this state.

“This has only been achievable because of our dedication to good governance with unflinching support from this hallowed chamber of Kebbi State House of Assembly,” he noted.