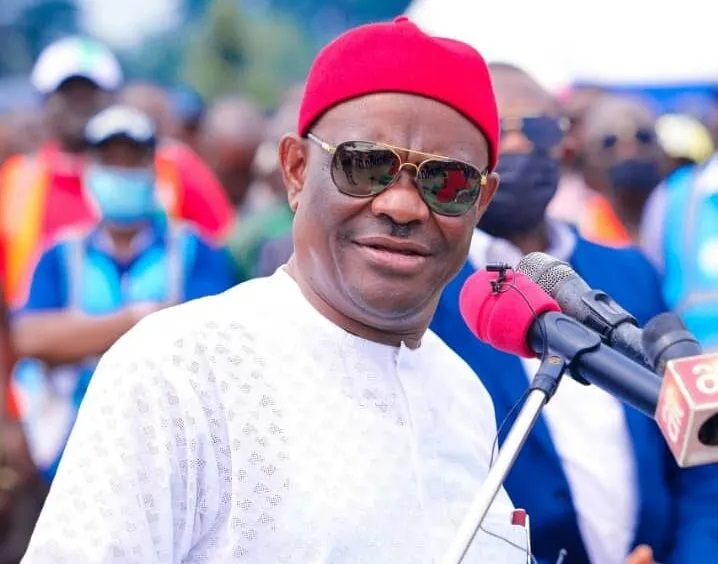 Gov. Nyesom Wike of Rivers, on Wednesday in Akure, donated N200 million to the Foundation for Wives of Ondo State Officials and Female Political Appointees (FOWOSO).

Wike, who was represented by Rivers Head of Service, Mr Rufus Godwin, made the donation at the fourth summit of FOWOSO.

He applauded the initiative of the Ondo State governor’s wife, Chief Betty Anyanwu-Akeredolu, which he described as life-changing.

He said that something urgent must be done to ensure gender equality, adding that each political party must allow women in its elective positions to at least 30 per cent representation.

The Rivers governor asked women to support their counterparts massively in the 2023 polls.

Also speaking, Mrs Anyanwu-Akeredolu said that if women were given adequate spaces in all sectors of human endeavour to function, there would be a better world.

The theme of the summit is “Bridging the Gender Gap in the Political Arena: A Case for Nigerian Women.”

She said that decision makers should allow a balancing between men and women in the scheme of things for a better society.

The governor’s wife said that the FOWOSO’s reasoned stand is that women are capable partners and indispensable veritable tools in a nation’s moves toward sustainable development.

She explained that she was very proud of the grounds already covered by FOWOSO, saying that there are more grounds to cover through collective efforts in elevating the status of women.

According to her, the foundation has proved itself worthy through performances and not one of those merely emblematic congregations known only for commonplace mundanity.

“You will recall that FOWOSO was founded on this day in December 2017, as a potent platform for elevating the socio-economic status of women as opposed to the absurd style of engaging the women in tokenism and hiring them as hailers to launder men’s ego.

“We found the courage of conviction, ab initio, that women deserve better, chose this route against all odds and have since kept faith.

“Five years down the lane, I am proud to announce that we have steadily progressed and there is no looking back.

“We have put our hands on the plough with amazing results,” she said.

She recalled that FOWOSO’s performances were both concrete and measurable in the state.

“They are no less evident in the number of women whose lives have been transformed through this noble initiative.

“The last one year has in every way been eventful and laudable.

“The association played strategic roles in growing the status of women in the state. It participated in organising the 2022 Bemore Summer Boot Camp and left alluring imprint.

“Its members are now zestful advocates against breast and cervical cancer as visibly demonstrated in partnership with the Breast Cancer Association of Nigeria (BRECAN), particularly during the pink October,” she said.

Anyanwu-Akeredolu stated that FOWOSO had laid the foundation of a multi-million naira centre as a stupendous legacy project that would, upon completion, provide shelter for vulnerable women and girls, including victims of Sexual and Gender-Based violence (SGBV) in the state.

“This is one project that is demonstrating to the country and the world at large that women are capable of rare accomplishments.

“It is to the credit of this robust organisation that it championed the premier edition of Ondo State Skill Acquisition and Empowerment Programme (OSSA-EP) and, at once, brought forth both sterling results and consummate template for a programme that was supposedly a guinea pig.

“The graduation ceremony of the first set of beneficiaries of this incredible initiative was an emphatic seal of competence on FOWOSO.

“Even now, members of this association have been on to the 16 days of activism against sexual and Gender-based Violence, while exerting raw energies through rigorous and vociferous campaign.

“It is interesting to note that this year’s summit falls within the spectacular season of activism, hence we advocate even as we celebrate, and take honest stock of our strides,” she said.

According to her, the movement has succeeded in getting the government sign into law the Violence Against Persons Prohibition (VAPP) and fought gender violations in the state to the extent that the offence is now dreaded as against offenders being a threat to women and girls.

“We have improved the number of women in appointive and elective positions and made history to have gotten the first female Secretary to the State Government in the 46 years of statehood.

“All these are a quick run of the achievements Ondo State women have wrought through this ingenious platform, and they, altogether justify the theme of the summit, ‘Bridging the Gender Gap in Political Arena: A case of Nigerian Women.”

“The astounding scorecard of FOWOSO speaks loudly and convincingly to the urgent need to bridge the gender gap in Nigeria’s political space.

“To resist women’s equitable participation in politics and leadership even in the face of these successes is to encourage the proverbial ill wind that blows nobody any good,” she said.

Also speaking, the state governor, Oluwarotimi Akeredolu, appreciated the FOWOSO’s founder for her passion for womanhood, describing it as second to none.

Represented by his deputy, Mr Lucky Ayedatiwa, Akeredolu said that Anyanwu-Akeredolu’s contributions would be indelible in the hearts of people of the state.

According to him, the various programmes and initiatives of his wife have unlocked great potentials of women and girls in the state and beyond.

He described his wife as a builder and blessing to the generation, adding that her interventions had accorded more positions to women in the state.

The governor promised to continue to advance the course of women and the girl-child in the state, asking women electorate to cast their votes massively for the All Progressives Congress (APC) in 2023 polls.

In her remarks, Princess Dora Aroloye, the Chairman, Organising Committee of the Summit, said that the governor’s wife had been a women’s advocate in Nigeria through her various programmes.

Aroloye stated that Anyanwu-Akeredolu’s desire was to see more women participation in politics, governance and businesses.

She added that the governor’s wife’s efforts had given rise to more female appointees and elected councillors in the state.

The chairman said that women were not seeking to compete with the menfolk but asking for a level-playing ground that will showcase women’s complementary abilities in politics and in other fields of endeavours.

Aroloye asked women to use their good voting numbers to turn the tables in favour of women in the 2023 elections.