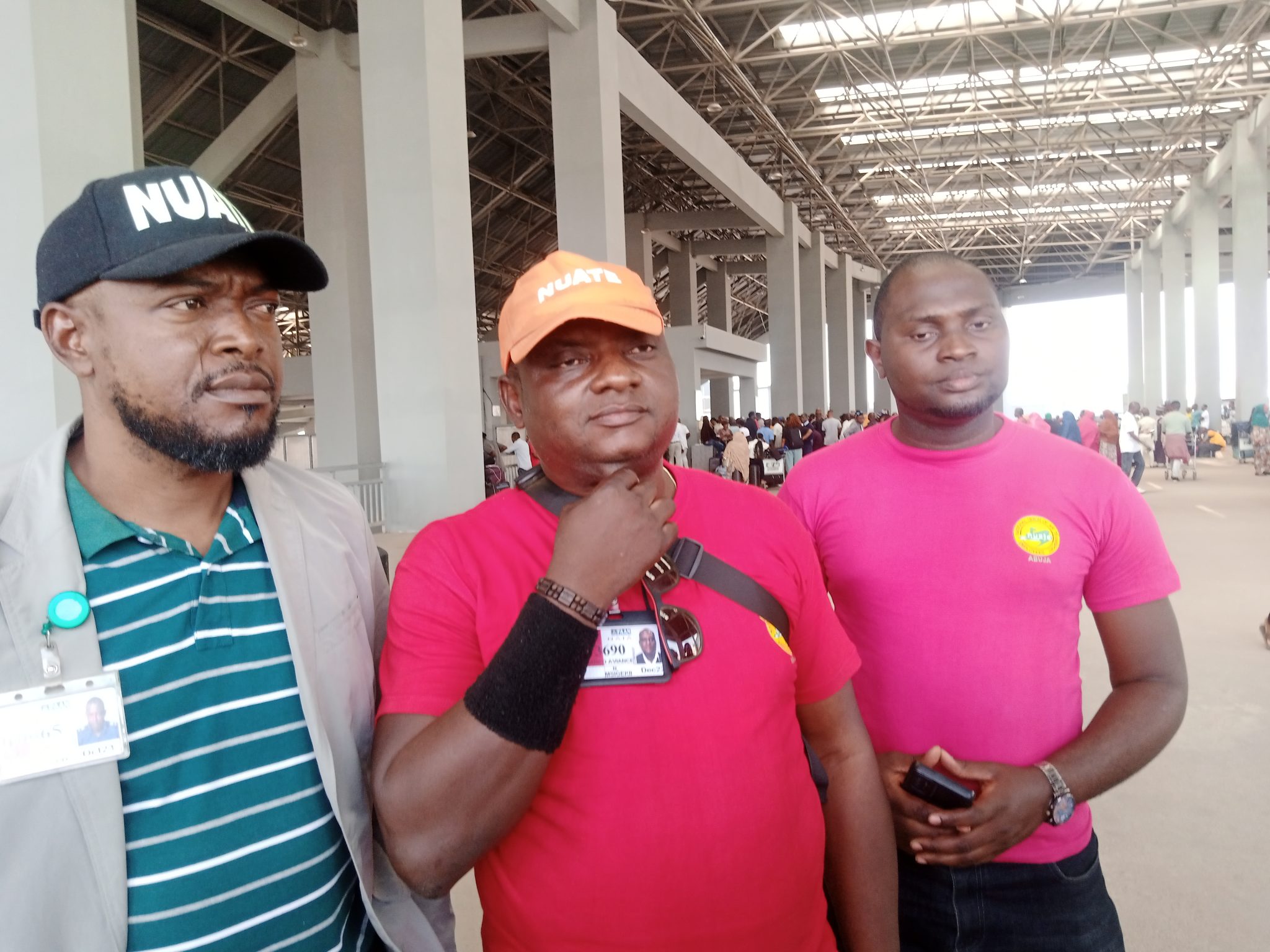 The travelers, who spoke with our reporter said that they were left unattended to while some flights were grounded.

Miss Jennifer Osezele, a Master’s student in UK said her flight scheduled with Qatar Airways for 3.20p.m. had been rescheduled to 1a.m. due to the strike.

Osezele lamented that by the rescheduling of the flight, she would be spending hours at the airport before her new departure time.

“The staff did not attend to any passengers. I have been here with my friends about three hours now for an international flight scheduled for 3:20 p.m. to Manchester by Qatar Airways.

“If the flight is to be cancelled, at least they should have let us known on time. Later, we received information that our fight had been rescheduled till 1a.m. So we are going to be here for a long time.

“That means I am going to spend about 12 hours at the airport. There are people here with kids. Their kids are crying. They don’t know what to do; if to return home or to stay,” she said.

Mr Subhas Chamdma, who was going to Delhi, India with the Ethiopian Airlines said his flight departure real time was 1.25 p.m. but it was changed to 6.40p.m. due to the unexpected strike by the union.

“I have been here since morning. I am going to Delhi. The management needs to address the problem so that passengers can easily fly to their destination.

“We did not receive any information from them for long before the flight delay message came in,” he said.

He said that NAHCO staff in the early hours embarked on strike across the country, so they resolved not to handle any passengers.

Msigekii, however, stated that the strike had later been suspended based on understanding as the union had met with NAHCO management later in the day in Lagos.

“Passengers are now being attended to,” he added.

However, earlier a Qatar flight from Doha was turned back from landing at the Airport and many family members coming to pick their loved ones were worried.

Hajia Amina Abubakar told NAN that she came to pick her husband only to be told that the aircraft had been turned back to Doha.

“I amworried about this development; they should try to respond to the demands of the workers quickly,” she said.