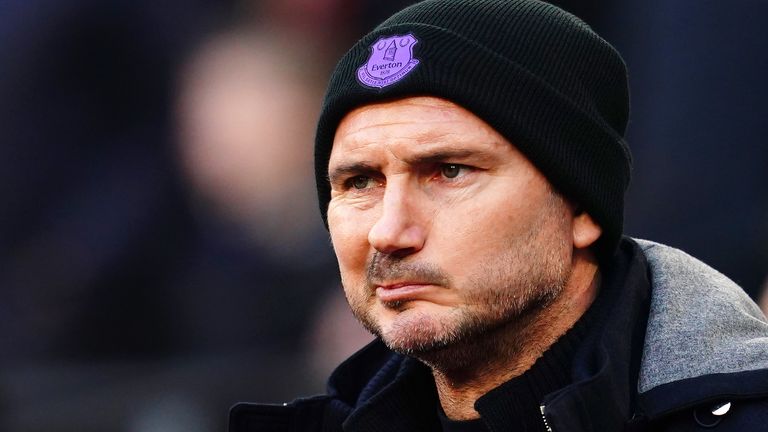 Relegation-threatened Everton have sacked manager Frank Lampard after less than a year in charge at the Goodison Park club, British media reported on Monday.

The former Chelsea boss was appointed to replace Rafael Benitez in January 2022 but leaves with the side languishing 19th in the table, level on points with bottom club Southampton.

In a sign of the turmoil enveloping Everton, club directors were earlier this month ordered to stay away from Goodison Park due to perceived security risks.

Everton fell to a damaging 2-0 defeat at fellow strugglers West Ham on Saturday – a ninth loss in their past 12 Premier League matches.

Everton owner Farhad Moshiri had previously offered public backing for Lampard, but Moshiri, watching Everton for the first time in more than a year at the West Ham game, was far less supportive when asked after the match whether it was time for Lampard to be sacked.

“I can’t comment. It’s not my decision,” he told Sky Sports.

Speaking about his own future, Lampard said: “Those things are not my choice. It is my job to work, focus and keep my head down.

“I know there’s things going on at the club but it’s never been a consequence for me whether a chairman or board member is at the game.”

Everton felt compelled to act over Lampard’s future as they fight to avoid playing outside the top flight for the first time since 1954.

Lampard arrived at Everton 12 months ago with the team languishing in 16th place and the former Chelsea and England midfielder initially looked a shrewd appointment, helping the Merseyside club avoid relegation.

Azarenka back in Australian Open quarter-finals after 7-year wait