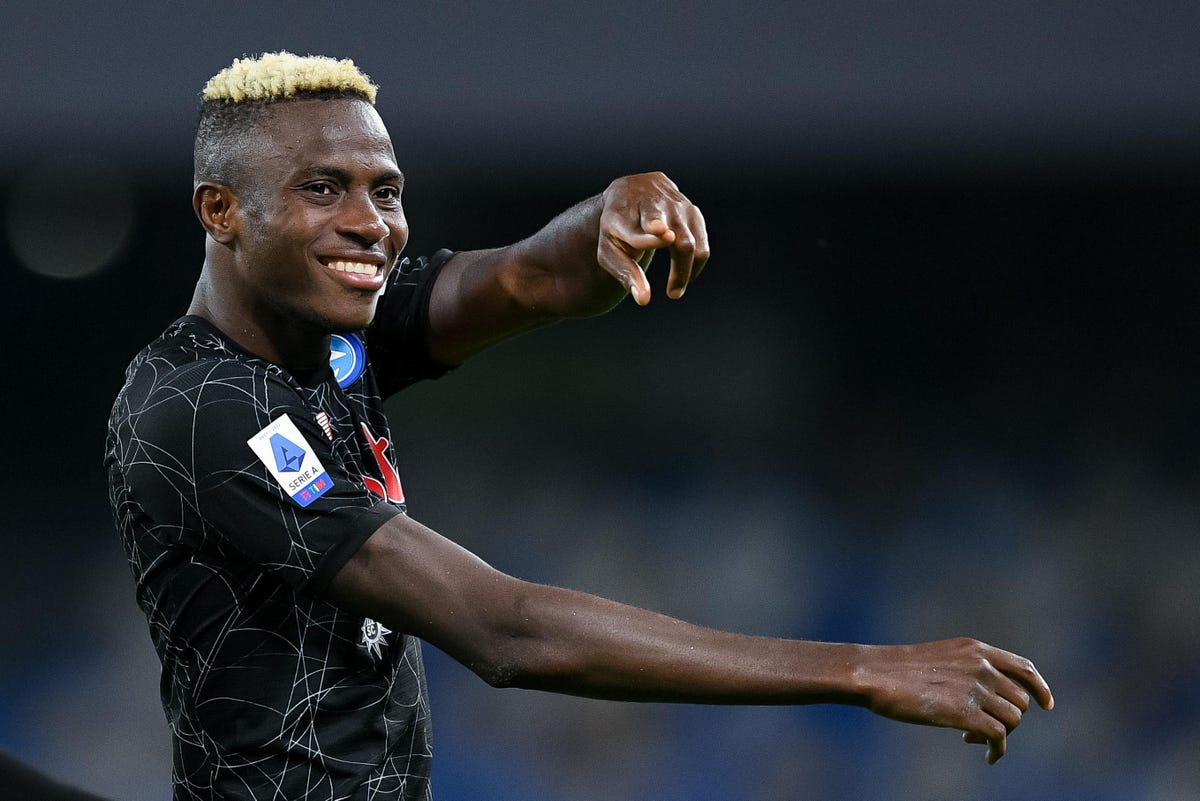 No doubt, football clubs all over the world, particularly the European clubs, are in the market scouting and negotiating for players in the transfer market.

Meanwhile, African players have continued to prove their worth in their respective clubs.

However, Napoli FC have turned down many offers for it forward “machine”, Victor Osimhen, who without doubt is set to be Serie A history maker.

Nigeria’s Osimhen grabbed another goal for Napoli as they extended their lead at the top of Serie A, but his bid for the Golden Boot in Italy is under threat from another Super Eagles star, Ademola Lookman.

No African player has finished top scorer in the 125-year history of the Italian topflight, but Nigerian Victor Osimhen stands an excellent chance after yet another goal at the weekend. Osimhen netted his side’s second in the 2-0 win over Salernitana that extended Napoli’s lead at the top of the table to a massive 12 points. It also takes his personal tally to 13, two more than compatriot Ademola Lookman, who is in second place in the Golden Boot race. Osimhen’s latest strike came when he reacted quickest to a rebound off the post and kept his cool to provide a clinical finish.

Winger Lookman is also having his best scoring season by far and netted two more in Atalanta’s 3-3 draw at Juventus. It took him only four minutes to score the opener as he showed confidence to take on a shot from a narrow angle and beat Juve goalkeeper Wojciech Szczesny at his near post. The game was at 2-2 when he netted his second with a very rare headed goal, but Atalanta could not hold on for the win. Lookman also provided the assist for Joakim Mæhle’s goal for the visitors. Lookman now has 13 strikes in all competitions this season, a superb return in his maiden Serie A campaign.

Boga was on the scoresheet for Atalanta last weekend, but this time provided two assists in the draw with Juve to show his game is about more than goals. The Ivorian international set up both of Lookman’s goals, providing a pass to him in the box for the first and then a pinpoint cross for the Nigerian’s headed second. There is a massive African influence at Atalanta these days.

Even with the goals scored by Erling Haaland, Mahrez would have a strong case for being Manchester City’s best player since the resumption of the league following the World Cup in Qatar. He has been simply brilliant, getting on the scoresheet himself or laying on goals for others. The Algeria international provided Haaland with his third that sealed a hattrick for the Norwegian in the easy 3-0 win against Wolverhampton Wanderers. Mahrez might have shot himself but unselfishly passed to Haaland, who provided the finish.

It was a day to remember for Burkina Faso international winger Ouattara as he put in an excellent display on debut for Premier League Bournemouth following his 22.5-million Euros move from Lorient in France’s Ligue 1. The 20-year-old looked lively throughout and it was his break down the right wing and excellent low cross for Jaidon Anthony that allowed the latter to give the side the lead in their 1-1 draw with Nottingham Forest. It was an impressive start for the young Ouattara.