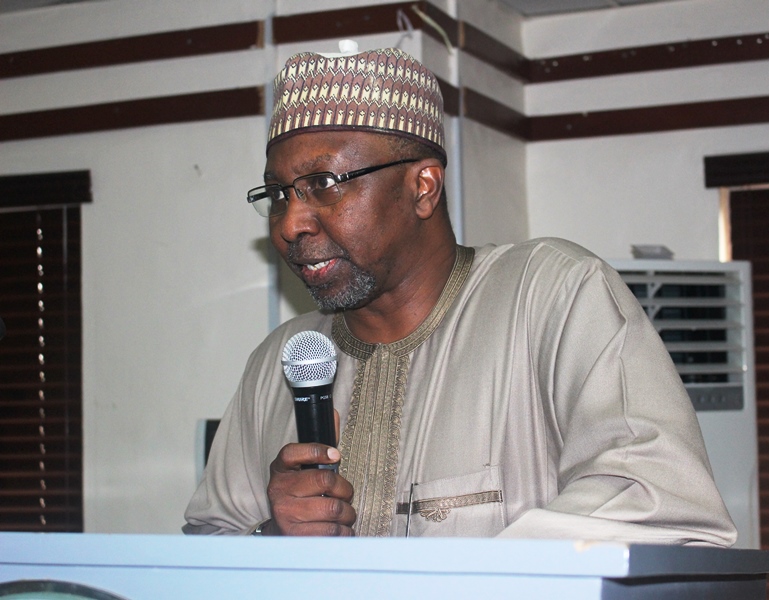 As the new government settles in, and with its new cabinets to be named next week, insurance experts have called for recognition of insurance in economic planning of the country. OGUNBO OLALEKAN writes.

The industrialisation era which the world witnessed in the 19th century, coupled with technological discoveries of the 20th century further exposed the world and its people to serious danger.

Natural habitats and things gave way for industries and artificial machines to work for man as natural creatures and lifestyle went into extinction.

While this evolution made living comfortable, it comes with it risks that continue to struck at every moment. Tsunami, flooding, earthquake, fire outbreak, volcanic eruption, air crash, accidents, among others are risks of the 21st century, arising from rapid evolution the world has witnessed over time.

When these mishaps struck, the victims are always returned to penury, or unable to be in a financial position he was before the disaster struck. And when a life is lost as a result of this, the members of the deceased family are made to suffer.

Insurance arises as a succour to those who might be victims of the aforementioned risks and proactive government and people all over the world have seen insurance cover as the best hope for human race.

Developed countries have taken the front seat in insurance adoption, as every assets purchased are made mandatory to be insured, while government, on its part, ensure that its assets and human resources are adequately protected through insurance. In fact, it is a crime to evade insurance in developed countries.

However, in developing economies, where Nigeria falls, insurance perception is negative, people attach religious and traditional sentiments to insurance that they don’t even want to hear about it.

This negative perception accounted for why insurance penetration and acceptance in the country is below one per cent, while government, on the other hand , are not helping matter, as insurance is always relegated to the background in national discourse.

The constant late passage of budget has done more harm than good to the insurance industry, with government’s assets and workforce are unable to renew their insurances, until budget is passed into law, somehow in the middle of the year.

Experts, however, called on the current government, led by General Muhammadu Buhari, to be serious with insurances of its assets and workforce, by passing the budget on time so that appropriation can be timely made, while imploring government at the local, states and federal levels to create awareness on insurance, so that more people are informed of this risk cover.

The new government must make insurance prominent in national discourse and planning, they said.

Moreover, they advised individual and corporate organisations to see insurance cover as the best of all financial products in the country, promising that underwriting firms are ready to compensate the victims of an insurable risk, whenever disaster occurs.

To them, if the government and the masses take seriously, the issue of this risk-mitigating cover, insurance companies will accrue more premium income that will make them give good returns on investment to their respective shareholders, while also contributing to economic growth and development.

If these are done, they believe Nigerian economy would witness a massive transformation that could make life easier for its citizenry.

As the people awaits President Buhari’s announcement of its new cabinet in a couple of weeks, which will ultimately kick-start a new government era, the President, Nigerian Council of Registered Insurance Brokers(NCRIB), Mr. Ayodapo Shoderu, has charged Buhari to recognised the place of insurance in national planning.

Shoderu said, since no economy could develop without taken into cognizance the place of insurance and risk management, the incoming government must see to it that insurance is given its pride of place in all strata of government operations.

He therefore called on government to embark on aggressive asset protection through public enlightenment about risk prevention and control in the country.

He challenged the President to start giving serious thoughts to strategies for growing the nation’s economy through the provision of infrastructural development and creation of jobs in order to enhance quality lives for Nigerians and by so doing increase their disposable income, so that people will have enough to budget for insurance cover.

Insurance industry in Nigeria, according to him, stands to play a catalytic role to national development if needed attention is given to it by the present administration. Aside from helping government to be prudential in spending through mitigation of losses on its assets, he noted that the industry can also boost Gross Domestic Product (GDP), as well as reduce the nightmarish unemployment rate in the country.

According to him, “Insurance industry has the capacity to generate not less than 5,000 jobs annually, thus reducing unemployment rate greatly. I therefore suggest that General Buhari’s government should pay special attention to the insurance industry by eliminating all anti insurance practices across the strata of government. Among others, government must include insurance premiums in budgets of its agencies and encourage that all its insurances are insured against risks.

The Managing Director, Jully & Partners Insurance Brokers Limited, Mr. Wole Adetimehin, said though the implementation of the No Premium No Cover has positively impacted the books of underwriting firms in the country, he is not too excited with the commitment of the federal government to abide by this provision.

He charged government to be responsible by ensuring that budget is passed on time, for underwriting of government’s businesses.

According to him, “Government, as the maker of the law, should be more pragmatic in ensuring that the provision of the law can be complied with, by themselves, setting a good pace. A situation whereby budget is usually passed late makes it difficult to appropriate certain things to the various parastatals and agencies. Is it that government agencies will not be carrying insurance for now? The budget of the nation must be drafted at the right time, considered and passed into law such that appropriation can be done for insurance and other expenses.”

On the other hand, the Managing Director, African Alliance Insurance Plc, Mr. Alphonse Okpor, is optimistic that there would be a sudden increase in the rate of insurance acceptance in the country, as people begin to realise the benefit of insurance services to their respective life.

Life insurance business, according to him, was beginning to witness a sudden boom, a situation which he attributed to the fading away of community life style among Nigerians.

Before now, he stressed that people don’t bother to provide for their dependents through life insurance because they hoped that at their death, their relatives would take up the responsibility.

Explaining that the government and the insured have nothing to worry in claims settlement, the Director-General, Nigerian Insurers Association (NIA), Mr. Sunday Thomas, said, over the years, insurance companies have tremendously improved in the area of timely settlement of claims, calling on those who have issues getting their claims to channel their complaint to the Complaint Bureau of the Nigeria Insurers Association (NIA) or the National Insurance Commission (NAICOM).

Speaking on the belief of some Nigerians that God protects and as a result, they don’t believe in risk protection through insurance, he said: “It is natural to look on to God, but he has also given us the wisdom to do the right things and plan our lives. So, if you fail to insure and you suffer a risk, you have failed to use the wisdom God has given you and thereby, you have gone against his will.”

While challenging people to insure their assets against eventualities, he said, this is the right thing to do, so that when disaster struck, the victim could still be in a position where he was before such hazard.

“My advice is that insurance is the best form of risk mitigation cover and people should embrace it,” he said.

On the other hand, the National President, Association of Registered Insurance Agents of Nigeria(ARIAN), Mr. Gbadebo Olameru, said people cannot afford to get insurance cover, in the wake of several risks around the country.

Stating that Nigerians are yet to realise the value of insurance, he noted that insurance companies are now becoming prompt to compensation, whenever the risk covered is genuine, pleading on the people to have, if not more than one, but at least one insurance cover.

If Nigerians are serious about insurance adoption, he said, this will increase the level of insurance acceptance and penetration, which are currently in a sorry state.

The premium growth of the industry, according to him, will be superb, thus, allowing insurance industry to contribute more to the economic GDP.

The Head of Global Property and Casuality Business, Axa, Jean-Laurent Granier, said insurance premiums tend to increase faster than economic growth in Nigeria and African countries, as companies and households adjust their coverage to catch up with rising living standards.

Axa SA is a South African insurance firm and its the largest foreign insurer active in Nigeria.

According to Granier, “The corporate insurance market was first to develop and now the market for individuals is opening. Health insurance products sold through corporate or individual policies, car-insurance needs and micro-insurance initiatives are contributing to insurance expansion in Nigeria, as in other fast-growing African markets.”

Moreover, experts said, as government at the local, States and federal levels begin to see the relevance of insurance in the running of affairs of the country, the rate of insurance adoption will increase, paving way for a new era in insurance industry.

The misconception about insurance is seriously dragging back the progress of the industry, therefore, experts advised relevant stakeholders to stand united in their course to massively educate Nigerians, even, if it means using their local languages to disseminate the message to them.

Related Topics:Giving prominence to insurance in economic discourse
Up Next