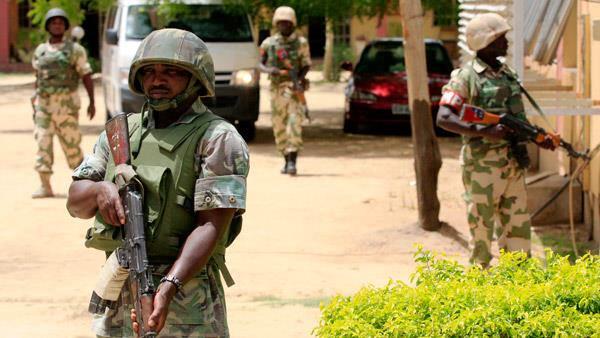 Lt. Gen Yusuf Buratia, Nigeria’s Army Chief of Staff, has ordered troops to degrade Boko Haram and defeat the terrorists who are waging war against the country.

Col Sani Kukasheka Usman, Army spokesman in a statement said that the directive was contained in a message to the troops.

General Buratai said that the next few days will be crucial to Operation LAFIYA DOLE engaged in the fight against Boko Haram in North East.

The next few weeks is also “crucial to our country Nigeria. Our sovereignty as a nation is threatened. The Nigerian Army and indeed the military as the symbol of our nationhood is being challenged,” he stated.

According to Buratai, “our ability to stand and defeat the Boko Haram terrorists in the next few weeks will determine the future of our country.”

He warned that the military “cannot afford to lose the fight. We are better trained and better equipped. The whole nation is behind us. Mr President is with us. Let us remain steadfast in this noble cause.”

“Be courageous. We must degrade and defeat the terrorists. This job must be done. We must make our country men and women proud,” he told the troops.

Beside the Chief of Army staff warning a security expert who craved for anonymous said at the weekend that Nigerian military must double its attacks on the insurgents and close all loopholes in order to prevent infiltration of Boko Haram elements into the country, especially as pressure mounts on them in Cameroon in the coming weeks with the presence of 300 American soldiers and air bombardment.