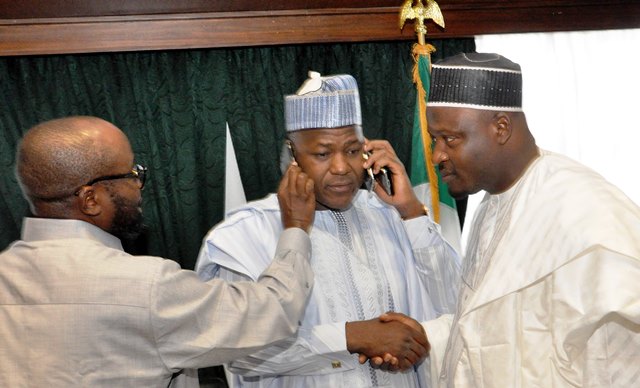 The All Progressives Congress (APC) and the People’s Democratic Party (PDP) caucuses in the House of Representatives tested their strength on Thursday when Speaker Yakubu Dogara announced the constitution of 97 standing committees of the House with the majority APC producing 48 chairmen of committees and the minority PDP having 45 committee chairmen.

Our correspondent reports that the intense lobbying and horse trading which had been going on for weeks amongst lawmakers within the APC and PDP caucuses in the House had delayed the formal announcement and constitution of the standing committees by the speaker.

However, the choice of who chairs the committee on Niger delta affairs appears contentious as the position remains vacant, but Rep. Nassiru Ali Ahmed from Kano state was named as deputy chairman of the committee.

Related Topics:APC in show of strength as Dogara constitutes 97 House committeesPDP
Up Next