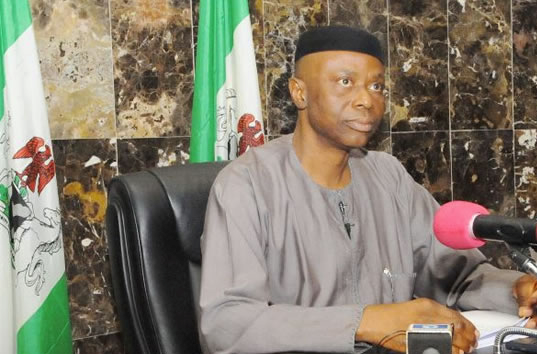 The Ondo State Governor, Dr. Olusegun Mimiko, on Monday forwarded the name of Mrs. Olasinmi Akindele-Odunmbaku, ‎to the State House of Assembly for ratification as a Commissioner.

Mrs. Akindele-Odunmbaku, wife to a Lagos based Chieftain of the All Progressives Congresss (APC), Mr. James Odunmbaku, is expected to be screen by members of the parliament today (Tuesday).

‎James Odunmbaku, husband to the commissioner designate, it was gathered, is a close ally of Senator Bola Tinubu, and strong member of the APC in Lagos State while herself is prominent grassroots politician in Ondo State PDP.

A statement signed by the Secretary to the Ondo State Government, Dr. Adelola Aderotimi, said the nomination of Mrs. Olasinmi Akindele-Odunmbaku, into the cabinet shows the Governor’s constitutional power as entailed in section 192 of the 1999 Constitution of the Federal Republic of Nigeria.

State Commissioner for Information, Kayode Akinmade, described Mrs. Akindele-Odunmbaku as a strong supporter and member of the Peoples’ Democratic Party (PDP)‎ in her country-home of Akoko North East Local Government Area of the state.

“She is an active member of the PDP in her Local Government Area (LGA), and she was formerly a member of the defunct LP. I can as well say she is a very rugged politician and well loved by her people in the area. She definately deserved to be a commissioner” Akinmade told Journalists in Akure.

Daily Times gathered that the Akunu-Akoko in Akoko North East grassroots politician once vyed to become candidate of the PDP in the 2007 House of Representatives election into the Federal Constituency of the area but the party’s ticket was given to Mr. Deni Akerele.

Competent Sources ‎told journalists that Governor Mimiko decided to compensate Mrs. Akindele-Odunmbakun with a commissionership position having been denied of the party’s slot during 2007 Federal Assembly election due to her commitment to the progress and development of the party.