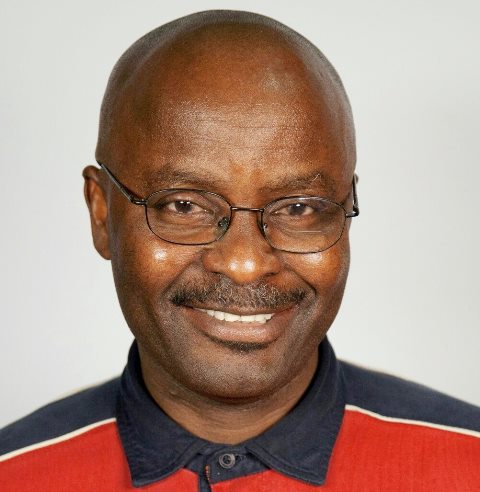 PRESIDENT Muhammadu Buhari said, while swearing in the new ministers on Wednesday, November 11, 2015, that he had been careful in ensuring that the appointment of the new ministers translates into “putting round pegs in round holes” while showing sensitivity to the country’s diversity.

GOOD talk by Mr. President. But, let me look at it from this convoluted angle: what make Babatunde Raji Fashola, now the Minister of Power, Works and Housing, a “round peg in round hole?”

SINCERELY speaking, is Fashola an Engineer: Electrical? Power? Thermodynamics? Or hydro expert? Civil? Construction? Or Builder? So, what is the President talking about “peg and hole” round?”

BUT, think deeply and you will realise some of these factors: while Fashola was Chief of Staff to Asiwaju Bola Tinubu, for six years, or eight as assistant to Lai Mohammed (now Information Minister), he went through tutelage of administration.

SO, he could see Tinubu’s efforts and thereafter learn how to improve on it. And he did that when he luckily became the governor.

AND often, which is a mistake, we do measure Fashola’s “giant” performance based on what we see in the main centre of Lagos: Ikeja, Idumota, Obalende, Agege, Surelere, Victoria Island, Ojuelegba, Oshodi, Mile 2, Festac, Ikoyi and Mile 12, among others.

I’M sure many of us don’t relate much of his performance to Epe, Ikorodu, Badagry and other parts that make up Lagos State! Lagos State goes beyond where you and I visit regularly.

AND significantly, to me, Fashola’s excellence in governance would be better measured if he had occupied the seat as Governor of Ekiti, Ondo, Ogun, and few other states that record low IGR and lesser federal allocation.

DEFINITELY, I am sure if you put any of governors Tambuwal (Sokoto), Amosun (Ogun), Okorocha (Imo) and even the enfant terrible Fayose (Ekiti) in Lagos as Governor he may, or would, have done better than Fashola. Highly possible!

WE all know the history of Lagos – the stupendous money (particularly IGR) in its purse, coupled with the enlightened populace that cannot be bamboozle easily – with the conglomeration of all ethnic groups in Nigeria. So, it’s not easy to have a non-performer as Governor.

HOWEVER, don’t get me wrong! Fashola is a “performer”, but he can, and would, only prove his prowess with the new assignment as the Minister of Power, Works and Housing. It is then you and I would be in better positions to measure his prodigious dexterity in administration and governance, particularly if he could adequately grab and drag the engineers (and the contractors) in his ministry to work assiduously to his specification in order to meet the heaps of accolades, and the standard, showered on him since the appointment.

AND I hope he would get enough support: administrative and funding, and others, from the Federal Government of President Buhari. But Fashola will do well as long as he does “not sign cheques, update personal website and borehole.” That “juicy” ministry could be tempting to take…..and accept……!

BUT should things be going wrong, I’ll expect Fashola to shout (tell Nigerians) or resign. We won’t take excuse from Fashola should his performance in the next four years fall below expectations.

ABOVE all, for now, I will congratulate Fashola and wish him well. Best of luck mister Minister Babatunde Raji Fashola, the man with the most powerful portfolio in Nigeria – today anyway.

Related Topics:OPINION: Fashola and the burden of office By Femi Shodunke
Up Next

I will not attend TSA meeting, it is fraud against Nigerians – Fayose