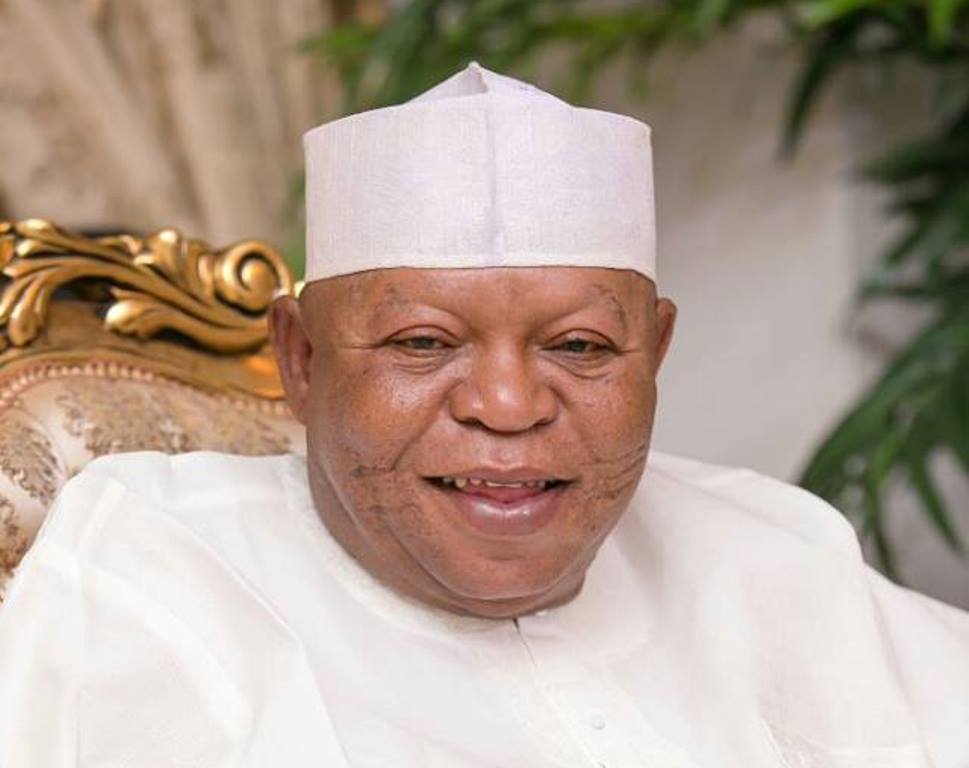 Mr Abubakar Audu, governorship candidate of the All Progressives Congress (APC) in the on-going Kogi State election is dead.

Audu is reported to have died of heart attack shortly after the Independent National Electoral Commission (INEC) declared the governorship election inconclusive on Sunday.

The APC candidate was leading in the results announced by INEC, scoring 240,867 votes while the incumbent Governor, Wada of the Peoples’ Democratic Party (PDP) polled 199,514 votes.

He will be buried on Monday by 9:00am in his home town.

Mr Audu was a former Governor of Kogi State born on 27 October 1947 to the family of his Royal Highness, the late Pa Audu Oyidi, Orego Atta of Igala Land and the paramount ruler of Ogbonicha-Alloma in Ofu Local Government Area of Kogi State.

During campaigns, Mr Audu unveiled a three-point agenda, which he said he would pursue if elected.

He promised to focus on power shift, declare a state of emergency in critical sectors of the state and concentrate on the interest of the people.

“Let me make my three-point agenda known to the people of the state because I want to be held responsible for my word later when I gain power. First, I will make sure that power shift becomes sacrosanct. I will be the first governor to change power in the state. I must honour my agreement that after my full tenure I will ensure power rotation either to Kogi West or Kogi Central.

“I will declare state of emergency on the critical sectors of the state especially in the infrastructural sector.

“The welfare of the people of the state remains a priority to me. Let no one deceive you, I have nothing but the best interest of the people at heart,” he said.