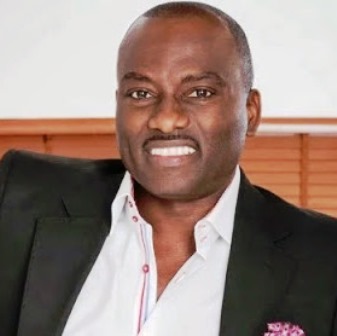 The Ogun State Policies and programmes initiated by Senator Ibikunle Amosun-led administration cannot be shouldered alone by the Government, hence the need for corporate organisations, associations and personalities in the State to contribute their quota towards actualizing the goals and objectives.

The State Commissioner for Information and Strategy, Chief Adedayo Adeneye stated this while receiving members of Ogun Indigenes Entertainment Professional Forum who paid him a courtesy call in his office, Oke-Mosan, Abeokuta.

Adeneye, in a statement signed by his Press Officer, Mr Temitayo Taylor, said Government had expended so much in rebuilding some of the comatose sectors in the State especially in its five cardinal programmes since assumption of office on May 29, 2011, adding that the goals and aspirations of the Government can be fully actualized if all and sundry contribute their quota toward moving the State to greater height.

“We are all a living witness of the development the State has recorded so far in Education, Health, Agricultural sectors, Infrastructure, Security, Housing and Employment Generation but a lot still need to be done and that is why the support and gesture of well-meaning individuals, groups and associations is required so as to collectively make Ogun State an envy of all.” He said.

The Commissioner however appreciated the team’s congratulatory visit while counting on their support in the discharge at his duties as Commissioner for Information and Strategy.

Earlier in his remarks, the Secretary, Ogun Indigenes Entertainment Professionals Forum, Mr. Kehinde Soaga congratulated the Commissioner on his appointment and by extension an ambassador of the forum.

“We are using this medium do express our intention to cooperate with the State Government just as we have been doing before now” Soaga said.

Related Topics:Ogun development needs support of all – Adeneye
Up Next