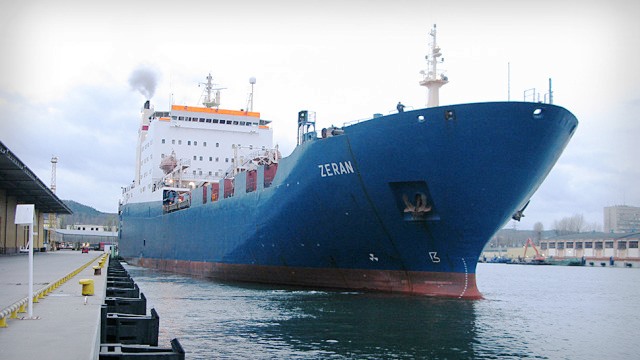 Mr. Haruna Baba Jauro, Acting Director General of the Nigerian Maritime Administration and Safety Agency (NIMASA), has directed a full scale investigation and release of the Captain and four crew members of a Polish cargo vessel who were abducted off Nigeria’s coast.

Eleven of the crew members were left on the vessel after the abduction.

The vessel MV SZAFIR operating under the Cyprus flag was reportedly attacked on Friday approximately seven nautical miles east of Brass at about 0149 hours local time.

Registered with IMO No.9004504, the vessel which is owned by Voltaire Shipping Company and operated by Euroafrica Services Nigeria Limited had a total of 16 crew members and was enroute Onne port from Antwerp before it was attacked.

The vessel which has been rescued by NIMASA is currently being sailed to Onne port under the Nigerian Navy escort for protection and further investigation.

Meanwhile the Nigerian Navy and other security Agencies have commenced a spirited search for the abducted crew with a view to freeing them and bringing the perpetrators of the abduction to book.

Related Topics:NIMASA Boss orders rescue of abducted crew on Polish Vessel
Up Next