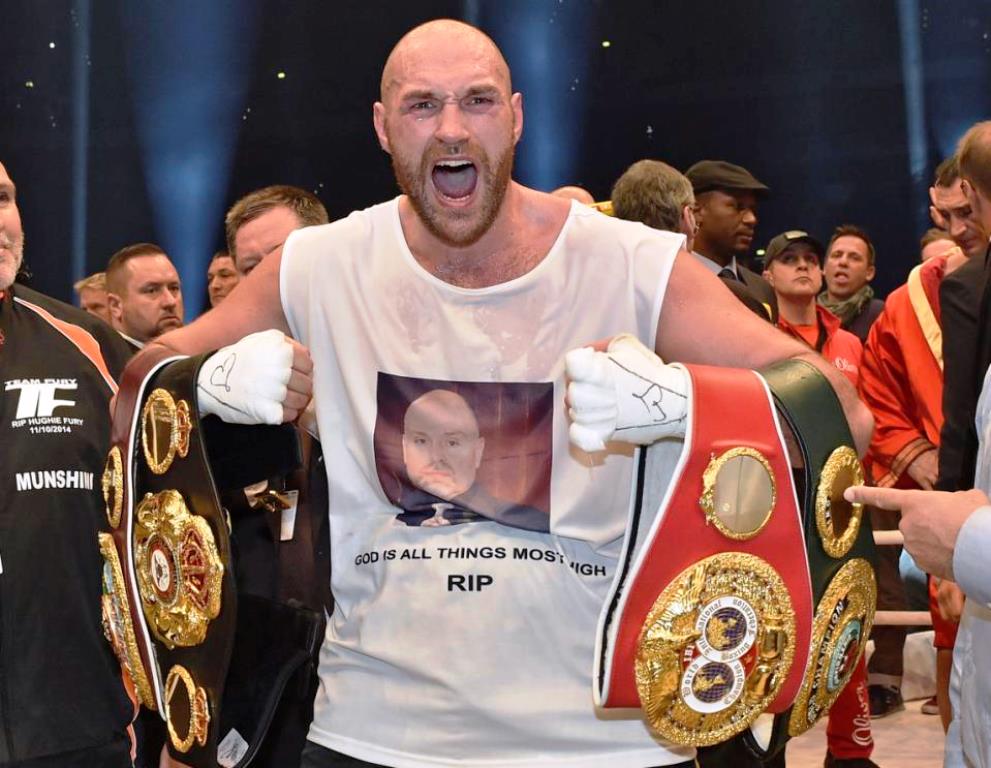 World heavyweight champion Tyson Fury has been stripped of his IBF title less than two weeks after winning it.

The Briton, 27, had to agree to fight the IBF’s mandatory challenger Vyacheslav Glazkov but will instead face Wladimir Klitschko in a rematch.

Fury beat Ukrainian Klitschko on points on 28 November to claim three versions of the heavyweight crown.

He added: “Our challenger was Vyacheslav Glazkov, but instead Fury’s gone and signed a rematch clause with Wladimir Klitschko.”

Fury, who is unbeaten in 25 professional contests, retains the WBA and WBO versions of the heavyweight title, while the WBC belt is held by American Deontay Wilder.

The 31-year-old Glazkov, also a Ukrainian, has won 21 of his 22 professional fights.

The contract for last month’s title fight in Dusseldorf included a clause for a rematch, for which the date and the venue have to be decided, and Klitschko – who had been world champion for 11 years – announced last week he would take up the option.

Fury has been at the centre of controversy after his comments about women and gay people sparked a petition calling for his removal from the BBC’s Sports Personality of the Year (SPOTY) shortlist.

The Manchester fighter has been quoted as saying a woman’s “best place is on her back” and has criticised homosexuality and abortion.

He subsequently said: “Tyson Fury loves his fellow humans. He doesn’t hate anybody.”

The BBC said Fury’s inclusion did not mean SPOTY endorsed his personal views.

Related Topics:Fury stripped of IBF titleWorld heavyweight champion
Up Next