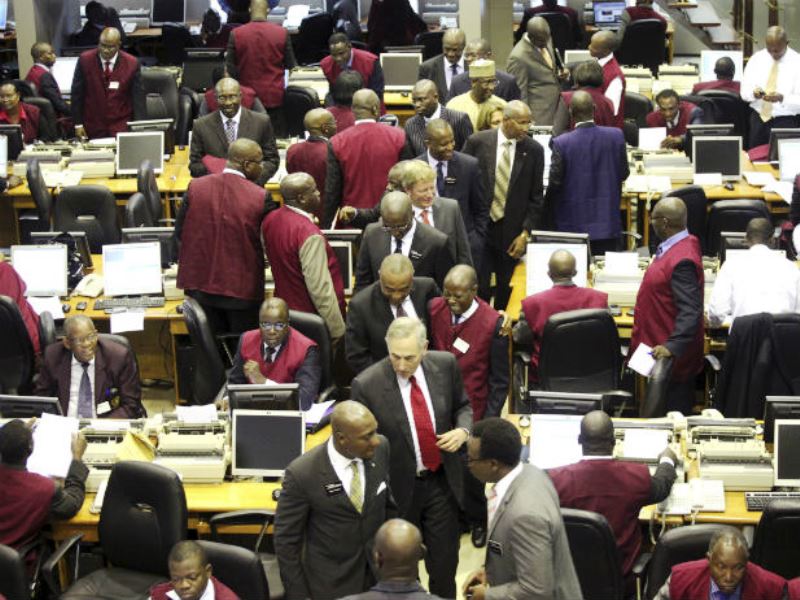 The harsh economic scenario in the current year took a major downturn on investors as their investments on the Nigerian Stock Exchange (NSE) suffered a major decline of N2 trillion as at the close of business last weekend (Friday, December 10, 2015).

Two weeks to the end of the year 2015, there appears to be a free fall in the prices of blue chip stocks, leading to the massive value erosion in the market.

Analysis of the depreciation showed that the Market Capitalisation has dipped by N1.998 trillion, in specific terms. The market value, which opened the year 2015 at N11.478 trillion closed last week at N9.376 trillion.

It was gathered that the national elections held in March, the depreciating value of Naira against Dollars, depreciating price of crude oil and austerity measures taken by the Federal Government to cushion the effect, activities of the Boko Haram and late appointment of President Muhammadu Buhari’s cabinet, among others were factors that influenced investors decisions to reduce their trading activities during the year.

However, market analysts expect a technical bounce as the festive season approaches, though cautioned that gains would pare given the absence of near term sustainable policies for the market.

Mr. Kayode Jamiyu, Head of Trading, Apt Securities and Funds Limited, noted that the year 2015 has been characterised by a cocktail of macroeconomic challenges that trailed the decline in crude oil prices, lack of clear economic policy framework of the new government and the effect of capital controls in the foreign exchange management policy of the Central Bank of Nigeria (CBN).

He added that the thrust of the CBN’s policy is to moderate demand for forex in view of the dwindling reserve occasioned by drastic fall in government revenue due to decline in crude oil in the international market. “Unfortunately, the more the Central Bank attempts to curtail demand, the more the gap between the official rate and the parallel market rate widens.”

Also, the Managing Director of Highcap Securities Limited, Mr. David Adnori, said for investors, especially foreign ones, the stability of the currency was essential for assurance of healthy returns on investment.

“Therefore as long as the foreign exchange regime remains highly speculative, investors will be on the side-line as they expect a devaluation of the currency to bridge the wide gap between the official rate and the parallel market rate,” he pointed out.

It would be recalled that the Nigerian stock market ended 2014 as one of the worst performing exchanges in Africa and the world with a decline by 20.67 per cent.

The long reign of bears has become a cause for concern to investors. For domestic retail investors, the continuous depreciation in stock prices has become a justification for their apathy to investing in the stock market while beginner investors are discouraged to make any attempt at investing.

Foreign investors who constitute over 60 per cent of participants in the Nigerian stock market are currently playing on the sideline while a few of them with high risk appetite are simply engaged in speculative trading.

Related Topics:Investors lose N2trn in 12 months on Nigerian Stock Exchange
Up Next