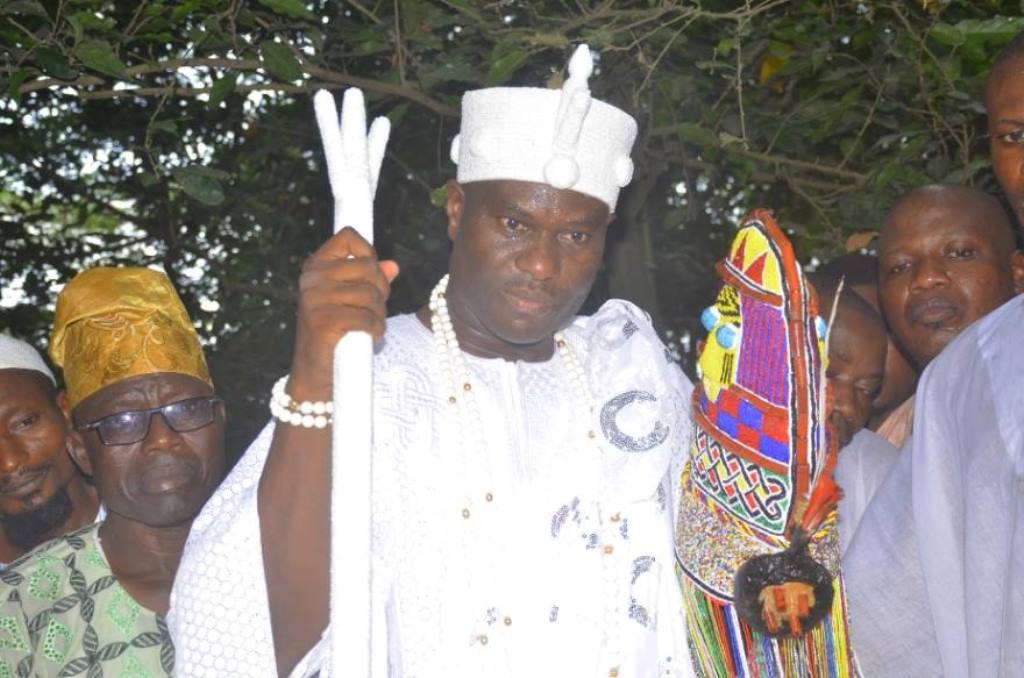 The Ooni of Ife, Oba Adeyeye Enitan Ogunwusi(Ojaja II) on Thursday slammed those criticising him for kneeling in church to worship God, saying that “no King on Earth is above God”.

While many that commented on the picture saw no wrong in the action of the newly installed monarch, many were of the view that the act desecrated the revered stool of Ooni.

The week-long coronation activities for the Ooni climaxed with a thanksgiving service on Sunday 13th December 2015, at St Paul’s Anglican Church, Ile-Ife

But in a statement signed by the Director of Communication and Public Affairs, Ooni’s Palace, Ile-Ife, Moses Olafare, the Ooni said it is an unacceptable sacrilege to equate Ooni’risa or any other king to the almighty God.

His words: “God is the creator of mankind and it is God who made it possible for the enthronement of any king.

“The ILE OODUA has been drawn to a publication released Wednesday 16th December, 2015, by an online medium which His Imperial Majesty, Ooni’risa & Arole Oodua Oba Adeyeye Enitan Ogunwusi (Ojaja II) was criticized for bowing to God.

“God remains the highest KING OF KINGS who has kept all Kings alive and had made it possible for me to be crowned as the King of the source of Yoruba civilisation.

“I have no regret whatsoever for kneeling down to exalt the almighty God who did not only create me, but also kept me alive, saw me through all the storms in m life-journey and eventually crowned me as the Custodian of Oodua Race.

“This act of equating me to God of Gods, King of Kings and the sole owner of the universe is a wicked sacrilege planned to embarrass the the throne.

“My emergence as Oba has been made possible only by the almighty Olodumare to whom I remain eternally grateful” the Ooni said.

Related Topics:No king on earth is above GodOoni replies critics
Up Next

Military-Shiite clash: Two wrongs do not make a right – TUC