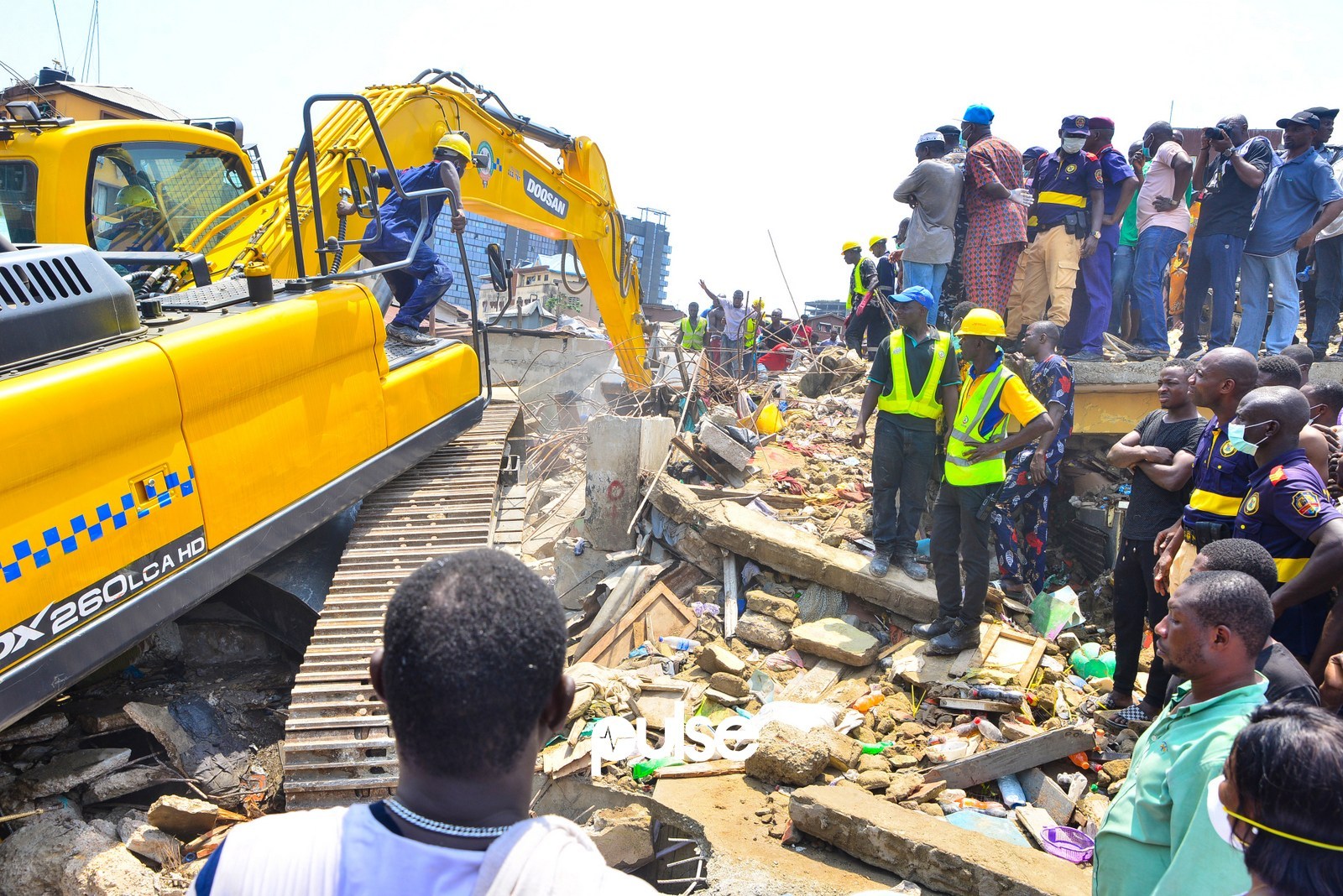 The Lagos State Emergency Management Agency was uncertain about the number of people rescued, after a four storey building containing a nursery/primary school collapsed in Itafaji, in Lagos Island today.

LASEMA revealed its handicap in a Twitter post when it said an ‘unspecified number of people were recovered from the rubble before the arrival of the emergency responders on the incident scene”.

However, the agency said its rescue team and other agencies brought out 10 people alive, made up of 3 adult females, 1 adult male, 2 teenage boys, 1 young boy and 3 teenage girls. Dr Titilayo Goncalves, permanent secretary of the health ministry said 20 people were brought out from the wreckage and they were receiving treatment from various hospitals.

The four-storey building near Massey Children Hospital collapsed this morning while children were having classes on the third floor.

Governor Akinwunmi Ambode raced to the scene and was briefed by LASEMA officials on ground.

Parents of the pupils jammed the site of the incident wailing and shouting, expecting to see their children brought out alive.

Our correspondent who was at the scene of the incident reports that the building collapsed about 10: am on Wednesday.

According to some residents of the area, the building was earlier marked for demolition before it was renovated.

One of the parents said her son was rescued by the neighbours who quickly ran to the site.

“My son was just lucky for him to have been rescued alive. The neighbours ran to the building immediately it collapsed.

“People in the neighbourhood started the rescue before the state rescue team arrived. I sincerely thank God and the people in the area,”she said.

A witness who pleaded anonymity said staff of the Lagos State Building Control Agency (LASBCA), came for inspection of the building regularly.

“This building was marked for demolition. We kept seeing people from Alausa coming to inspect the building, and the next thing we saw was the same building undergoing renovation.

“The state regulatory body is not strict with its policies. Such calamity would have been avoided if the right action was taken by demolishing the building. We pray people will be evacuated safely.’’

However, rescue teams with ambulances found it difficult to gain access into the scene due to the crowd that gathered at the scene.