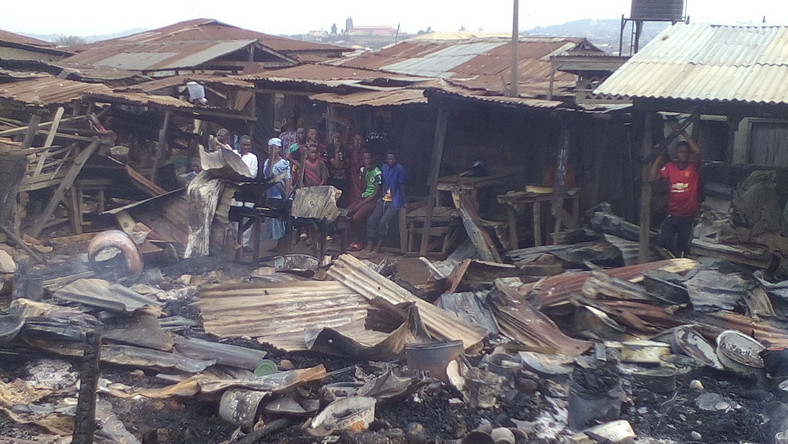 Fire on Tuesday razed down a part of Makurdi Modern Market, the News Agency of Nigeria (NAN), reports.

Our correspondent, who visited the market, met the affected part still enveloped in flames, while fire fighters were still struggling to prevent the inferno from escalating.

Ms Sewuese Anene, Public Relations Officer of the Police Command in Benue who confirmed the incident, said that efforts by fire fighters prevented the inferno from gutting down the entire market.

She said that the cause of the inferno was still unknown, adding that full investigation into the incident would be conducted.

An eyewitness told our correspondent that the fire, which started at about 6:30 p.m., razed down the entire side of the market close to First Bank Plc building, located within the market.

The source, however, said that the bank was not affected.

It was reported that the market has suffered many fire incidents in the past.