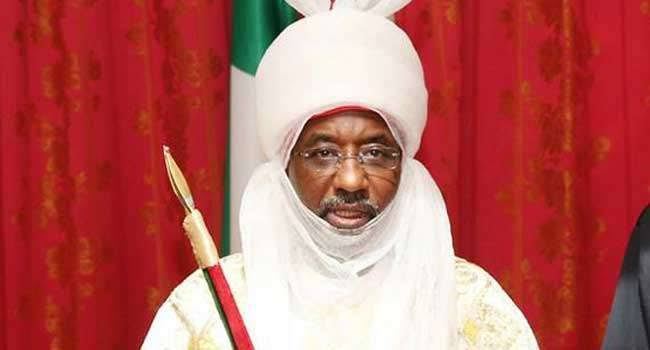 The Head, Directorate of Information and Corporate Affairs in the institution, Mr Bode Olofinmuagun, on Monday confirmed the development our reporter in Ado Ekiti, but did not give details.

The traditional ruler replaces the Alara of Aramoko Ekiti, Oba Adegoke Olu Adeyemi who held the office for four years during the last administration of former Gov. Ayo Fayose.

NAN learnt that consequent upon Sanusi’s appointment, management of the institution had paid homage to the Emir in his palace in Kano.

It was also gathered that the Emir had since accepted the offer, through a letter addressed to the government by the Matawallen Kano, Alhaji Ibrahim Ahmed.

The letter by the Emir, thanked Gov Kayode Fayemi and the state government for the honour, promising to use his influence and wealth of experience to advance the course of the university.

Recall that EKSU is the fourth university in the country to appointed the Emir as Chancellor since he ascended the throne.

Buhari will consolidate achievements on security, corruption, others says SGF