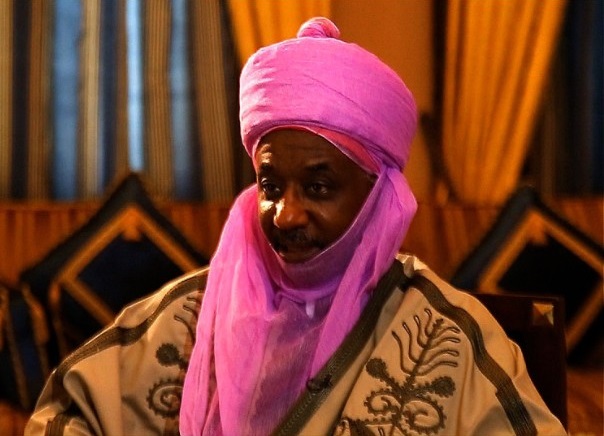 The Kano State Public Complaints and Anti-Corruption Commission has described the claim by the Emir of Kano, Alhaji Muhammadu Sanusi II, that he was not the accounting officer of the Kano Emirate Council as a misrepresentation of facts.

This is contained in a preliminary report of the Commission on the investigation being carried out in respect of the alleged misappropriation of over N3.4 billion by the Kano Emirate Council between 2014 and 2017.

The report was signed by the commission’s Chairman, Mr Muhuyi Magaji, a copy of which was made available to the News Agency of Nigeria (NAN) in Kano on Thursday.

The report, with reference number PCAC/GEN/6/VOL.I, dated June 11, 2019, was addressed to the Secretary to the State Government.

Part of the report reads: “In furtherance to the Commission’s earlier communication No. PCAC/GEN/6/V.I, dated 31st May, 2019, on the above subject matter and the unfolding events, the Commission deemed it necessary to make some clarifications as follows:-

“It is imperative to state categorically that, the Commission’s investigation is on alleged misappropriation and questionable expenditures but not on the funds left behind by the Late Emir of Kano, Alhaji Ado Bayero, and we still maintain our stance.

“In the cause of investigation we undertook an analysis of the main Account belonging to Kano Emirate Council and domicile at First Bank with Account No. 2005888452 starting from the era of the Late Emir to enable the Commission have an idea of how the money is being managed.”

According to the report, there were 783 activities bordering on withdrawals, transfers and placements from Jan. 2, 2013, to June 6, 2014, during the time of the late Emir.

The report also alleged that during the period, fixed deposit placements were made to the tune of N581,884,729.54 (placement and rollovers) while net withdrawals on some engagements both cash and withdrawal stood at N1,056,533,728.31.

“It is evidently clear that the current Emir is responsible for the expenditures to the total sum of N4,794,457,185.74 from the Emirate Council Account domicile in First Bank Plc,” it said.

Similarly, it alleged that all the expenditures made by the Emirate Council were either based on the approval or instructions of Emir Sanusi.

The commission attached copy of a payment voucher in respect of one of the withdrawals to buttress its claim, which read “Being payment to the above named in respect of making special prayers for peace as directed by H.H. Emir of Kano respectively“.

“Therefore, any claim that the Emir is not the accounting officer of the Kano Emirate Council is a deception and a misrepresentation of facts.

“Specifically, the reason of our recommendation for the suspension apart from obstruction of investigation which formed the basis, investigation further reveals that Rufa’i Buhari (Senior Accountant) usually made cash withdrawals directly from the account and change it to Dollars on behalf of the Emir.

“Sometimes direct transfers from the account are made to a Bureau De Change belonging to one Jazuli Sani who was said to have died.

“The Commission still maintain the allegation on unappropriated, seemingly personal expenditures, making the total sum of questionable expenditures uncovered by this investigation to the tune of N3,432,090,797.94 only,” the report emphasised.